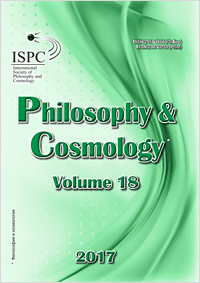 Summary/Abstract: The problem of subjective consciousness genesis is investigated: whether is it a product of creatively conceiving brain or of transcendental consciousness, external in relation to a brain. The consciousness is considered from positions of rationalism (in information relations of consciousness with the brain) and an irrationalism (of mysticism, intuitivism and phenomenology). Some aspects of the subjective consciousness relationship with the cosmic mind, possible manifestations of the latter in the phenomena, studied by deviant physics, but listed by official (rational) physics to the “pseudo-science”, are examined. In particular, we discuss the phenomenon of space aliens as possible carriers (transmitters) of the cosmic mind. A conclusion about inexpediency of consciousness secret cognition becomes.