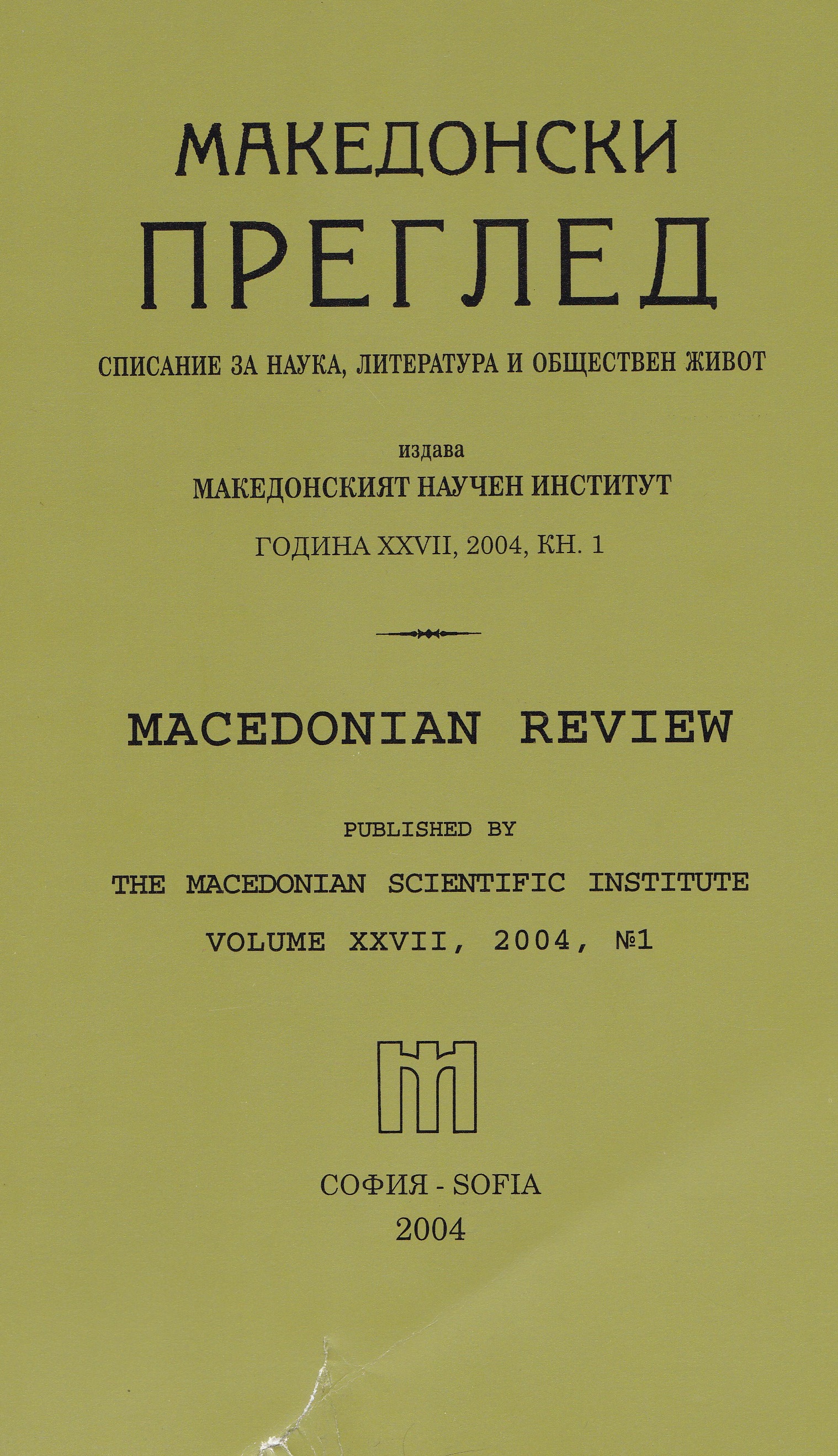 Summary/Abstract: The "Kalfov-Politis" Journal was signed on September 29th, 1924, on the occasion of the murder of 19 innocent Bulgarians from the village of Tarlis, the region of Dram, committed by the Greek authorities. The journal ensures a much more efficacious protection of the numerous Bulgarian population on Greek Macedonia than the standard Treaty for Protection of the Minorities, signed by the Greek government in 1920 in Sevar. E. Drummond, the Secretary General of the UN was to guarantee for its implementation. It is explicitly outlined in the journal that the Slavic population in Aegean Macedonia is Bulgarian, from which follows that the Slavs from Vardar Macedonia are of the same nationality, but not "Southern Serbs", as the official statement of Belgrade puts it forward.