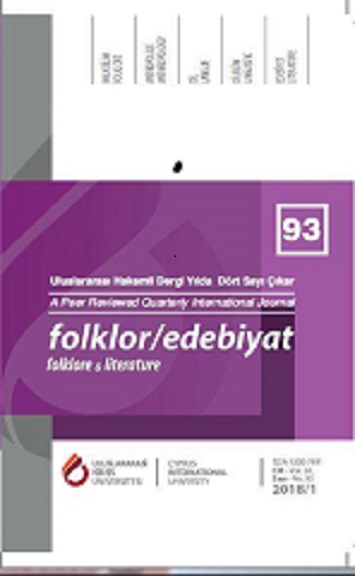 Summary/Abstract: Turkish intellectuals who has survived by taking the “state” as a pivot from Ottoman Empire till the Republic has switched to the questioning of “How does the state continue its existence and how does it modernize itself?” in 1930s from “How is the state established?” and tried to govern the political power with this mission attached themselves. This governance could be occurred by drawing of a dissent intellectualist figure to the political power or with a supportive and favorable manner of political power. Kadro journal which is a pioneer movement of the 1930s and its ideologist Şevket Süreyya chosen to govern political power with supportive manner and interpreted the Kemalism-ideology of revolution from this perspective. However, it is also difficult to say that the revolution ideology of 1930s overlaps directly with Kemalism. Turkish intellectual who is trained at the state, an officer at the government and state-oriented, reveal its own differences even with small nuances. This article focuses on Şevket Süreyya Aydemir, who revealed these small nuances in 1930s with further growing nuances in 1960s. The difference between the 1930s and 1960s is that in the 1960s the reason for existence did not depend on political power. Turkish intellectual, specific to Şevket Süreyya, can exist within the boundaries drawn by political power in the 1930s, was trying to lead both political power and the public in this narrow living area. However, the Turkish intellectuals were critical despite their avoidance of criticism of Kemalism. Şevket Süreyya had critical thoughts despite the limited partnership with political power and his ideology for the revolution did not coincide with Kemalism. The places where this non-overlap is most obvious are the principles of nationalism, populism and etatism.