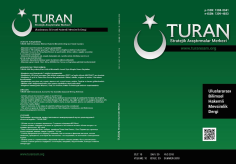 Summary/Abstract: Democracy, consisting of the combination of the words “demos” (people) and kratos (sovereignty), was born in Ancient Greece as a concept and a form of administration. At the birth of democracy a resistance of the urban tradesmen that received the support of peasants who migrated from rural to urban for working, against the aristocracy has been the main factor. The rulers such as Solon, Kleisthenes and Pericles paved the way for the participation of the people in government, and consequently democracy emerged in Athens in the eighth century BC. Democracy in ancient Greece in terms of its application is very different from the current understanding of democracy. Women, “foreigners” living and working in Athens (but not born in Athens), and slaves were deprived of their right to join the democracy. In this case, it was a minority democracy. But for the first time in history, in ancient Greek democracy, the individual has started to be valued. In this context, ancient Greek democracy became a source of inspiration for today's democracy.