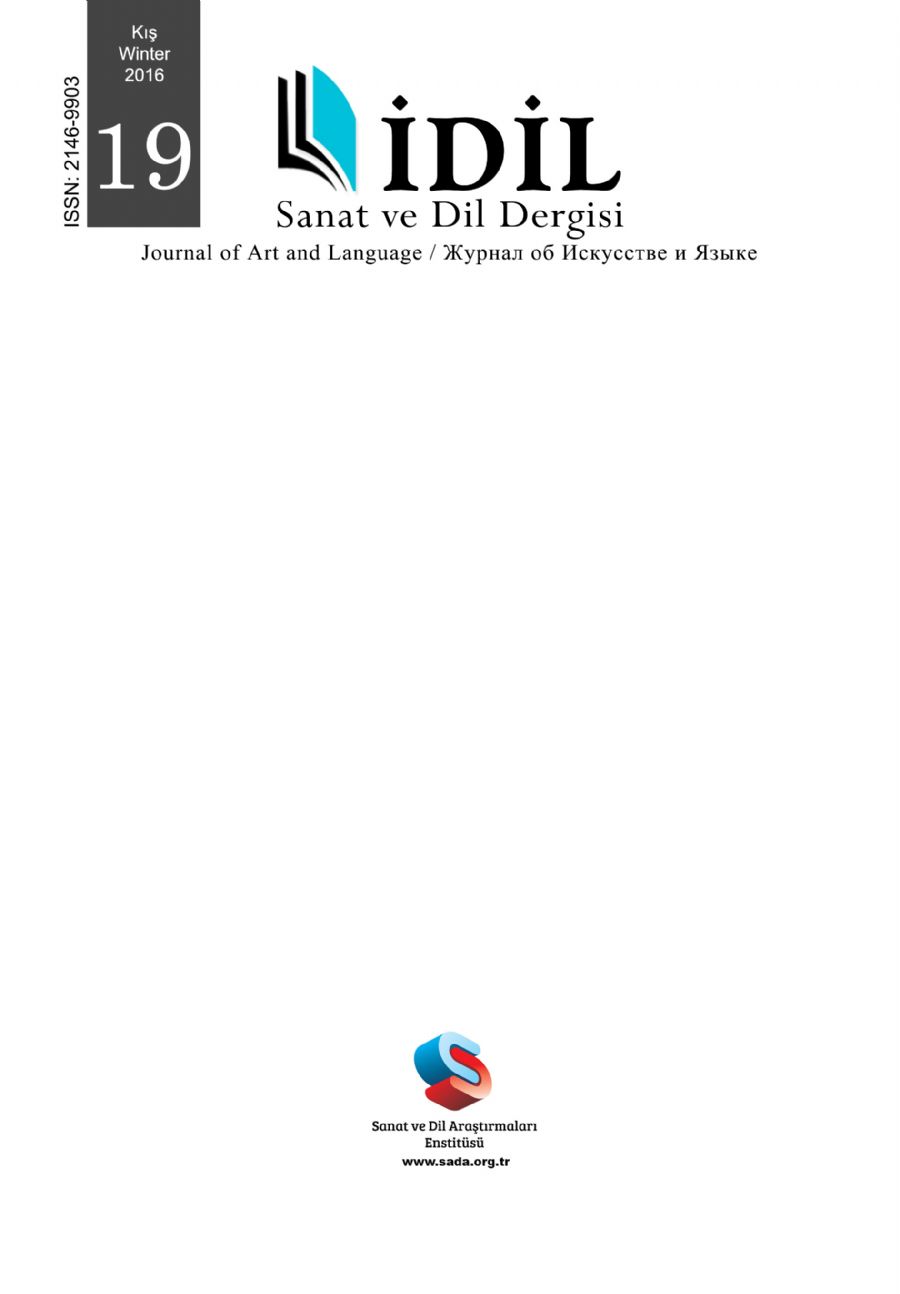 Summary/Abstract: The aim of this study is to analyze the paintings which belong to Abidin Elderoğlu since 1950 and to render by assessing the rate of Vide Et Plein in the selected works. Abidin Elderoğlu is one of the prominent artists of Turkish Painting Art with an innovative and distinctive point of view in his period. The artist, who stands for and indicates that the primary concern of art thinking is invariably the innovation, has made many significant contributions concerning intellectual and application of Contemporary Turkish Painting Art by leading his life in bringing out works of art. In an attempt to provide abstractness in his paintings, Elderoğlu has based upon and composed the effectiveness of plastic constituents such as color, style, clear obscure, half-opasity in parallel with application according to the functions. The artist, who has been influenced by the works of art produced earlier in the places where he has lived, has come up with innovative works of art by representing the syntheses of East and West in his own painting style. The painter, notable to be influenced by the art of Far East and Asia, has put through composition in which he has made a reference to art of calligraphy and lyric abstraction resembling patterns. Adopting an abstract expression in painting art, Elderoğlu has organized the rhythmic form of music and the roles of plastic constituents according to his intellectual design. Abidin has comprised works not directly influenced by the plastic form of calligraphy but put together in novice. In this study as a method, the artist Abidin Elderoğlu will be analyzed in terms of literature. Besides, the design properties of his five works which he produced after 1950 and which represent the abstract form of calligraphy will be explained. In the other part of this study, the rates of Vide Et Pleinof the compositions in the selected works will be analyzed by means of digital photogrametri and the findings will be interpreted by way of data set concerning the aesthetics and schematic aspects.