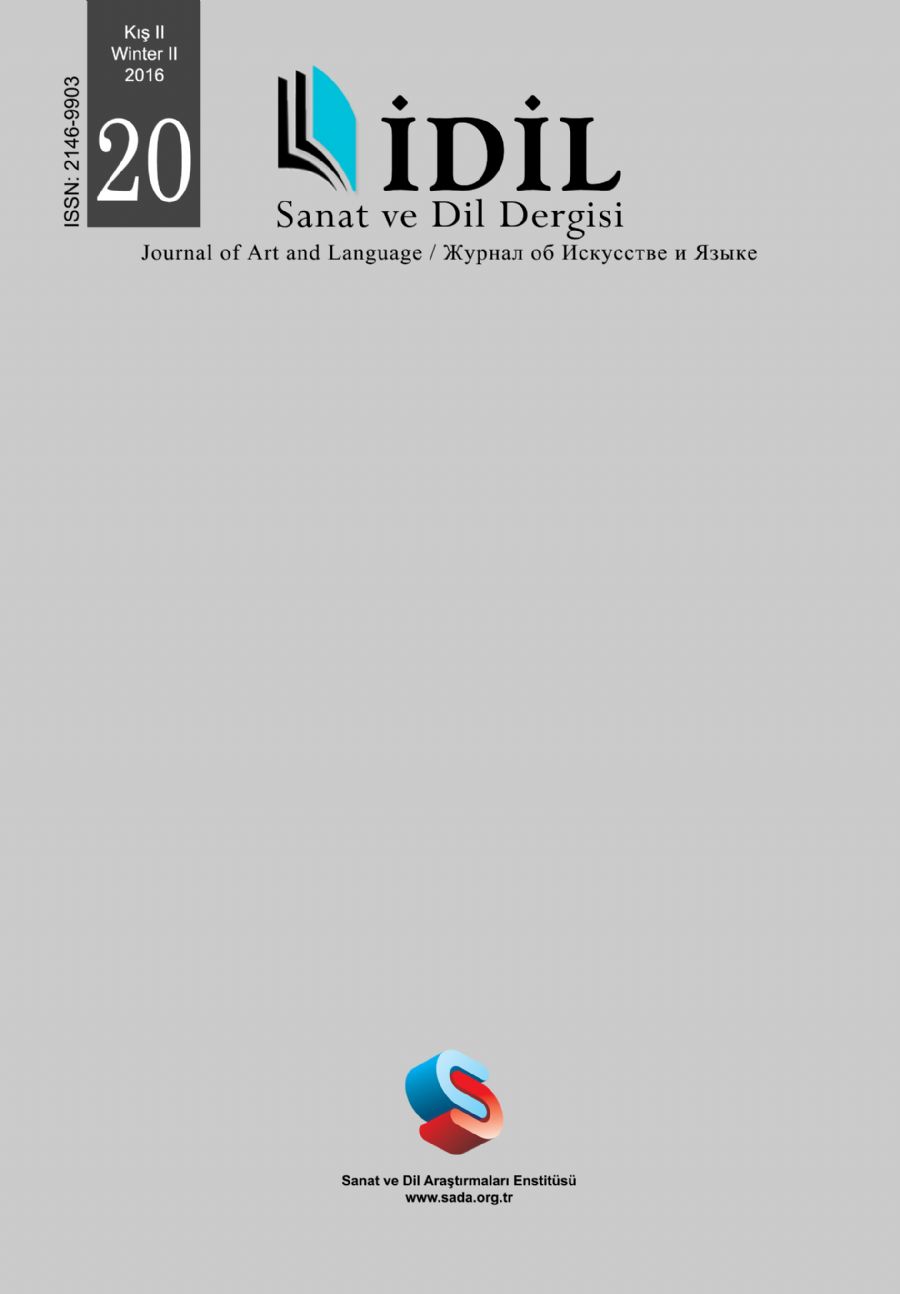 Summary/Abstract: In this article, honesty, loss of self-identity and modern human cannibalism on a symbolic level are studied using the story of "Living in a Custody" as an example. This is called “Exocannibalism” by Western Countries and includes also the notion that the act of eating human. In this article it is noted nowadays symbolic act of eating human with the fact that woman's identity is destructed by other people under the concept of virtue rather than the same kinds deal with each other. Güler, who is the heroine of the story feeling, is accused of being impure by other types within the plot as a result of her feelings she has lived with her boyfriend. In this context, her being accused and her virginity test, which is the only solution for her to prove her purity, which means “death” even on the symbolic level is the tragic reflection of pressure that patriarchal society exert over woman. Therefore, in this study it will be discussed the family situation in patriarchal society and the pressure that the family exert over woman and also the concept of purity which is maybe one of the most important power source of pressure in the light of Güler’s case. Besides, during this discussion process, the relationship of symbolic exocannibalism with the concept of pressure and purity will be also examined. Another point that should be considered over is the fact that to what extent the men are competent in this maledominated society where the women are deprived of having a voice and rights over their own bodies and their future.