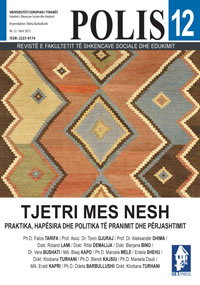 Summary/Abstract: Through the concept of the “desire of the Other” we will try to explore \how parenting processes reveals in the case of a woman who becomes a mother. To understand the Other’s desire as a concept must first analyze the function of the Other in Freudian an Lacanian more generally in psychoanalytic terms Start from the paradigm, that one of the functions of the Other is imaginary representations that the subject have as reference. The Other interfere on the subject or, the other is viewed as a place where the subject speaks and addresses his complaint. After all, without the Other has no meanings. Concrete case to be presented will focus on the case study of a woman interviewed before and after pregnancy. The desire of the mother to have a baby boy goes so far as the mother denies the achievements of science by questioning the results of “gynecology echography». The mother has been told after having gynecology echography that her baby is a boy. Faced with dilemmas created by the Desire of the Other to have a boy and her position as mother she chooses to deny the truth offered by the technology and in place of it she choose to use another system that can give her hope to have a baby according to Other Desire – a boy and to give to her baby birth The question of this study is that we have a fundamental change in social discourse regarding how the woman construct and expresses her willingness/ desire and creates parenting confronting and living within the context of plurality of ideologies and system of values. Giving a birth to female child which does not consist with what is desired by the Other, brings confusion and denial to the mother. As the wife of man, the mother, refuses to accept child sexuality during pregnancy and wants to sacrifice herself to achieve the desire. As a mother, she lives in ambiguity, she wants to have this child with no condition on sexuality of the baby, but /and she likes to fulfill the Desire of the Other at the same time.