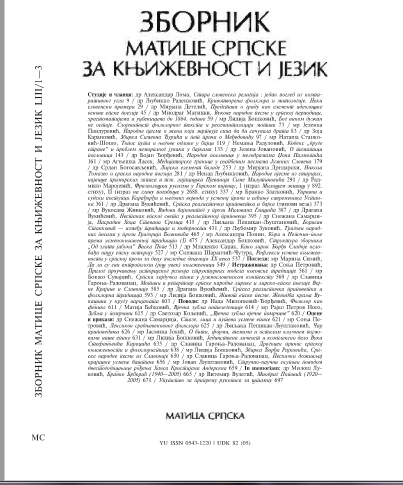 Summary/Abstract: The authenticity of Milutinovic’s collection of folk poems — gathered at the end of the third decade of the 19th century, mostly during 1828, in the regions of the Old Montenegro and Old Herzegovina (among the Bjelopavlics, the Moracans, the Rovcis and the Pipers) — is proved by their comparison with the poems with the long and short verse from the so-called Bogišic’s corpus, which were recorded about a hundred years before in the neighbouring areas, and printed for the first time only in 1878, 41 years after the publication of Milutinovic’s Leipzig Pjevanija (Poetry).