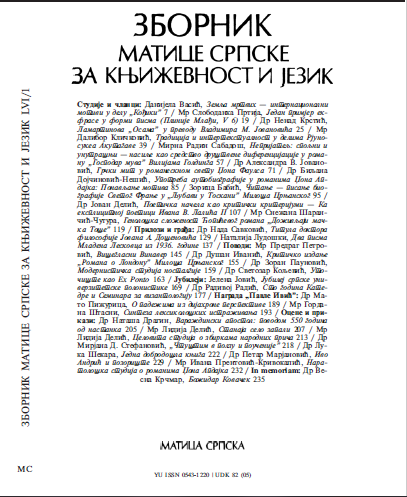 Summary/Abstract: John Fowles is a „novelist on the crossroads” whose fiction bears marks of realism, modernism and postmodernmism. His ironical attitude towards various literary movements and novelistic genres formed a specific narrative mode largely based on mythology. Fowles employs mythology in his fiction in two ways: explicitly and implicitly. Explicit use of mythological motives enriched Fowles’s language with metaphors. Besides, by using mythological motives in this way Fowles points to important mythological prefigurations whose presence in his work might not always be easy to detect. Mythological motives of this kind are organized as a part of a larger pattern — the hero myth. The most important part of mythological references in Fowles’s work concern Greek mythology.