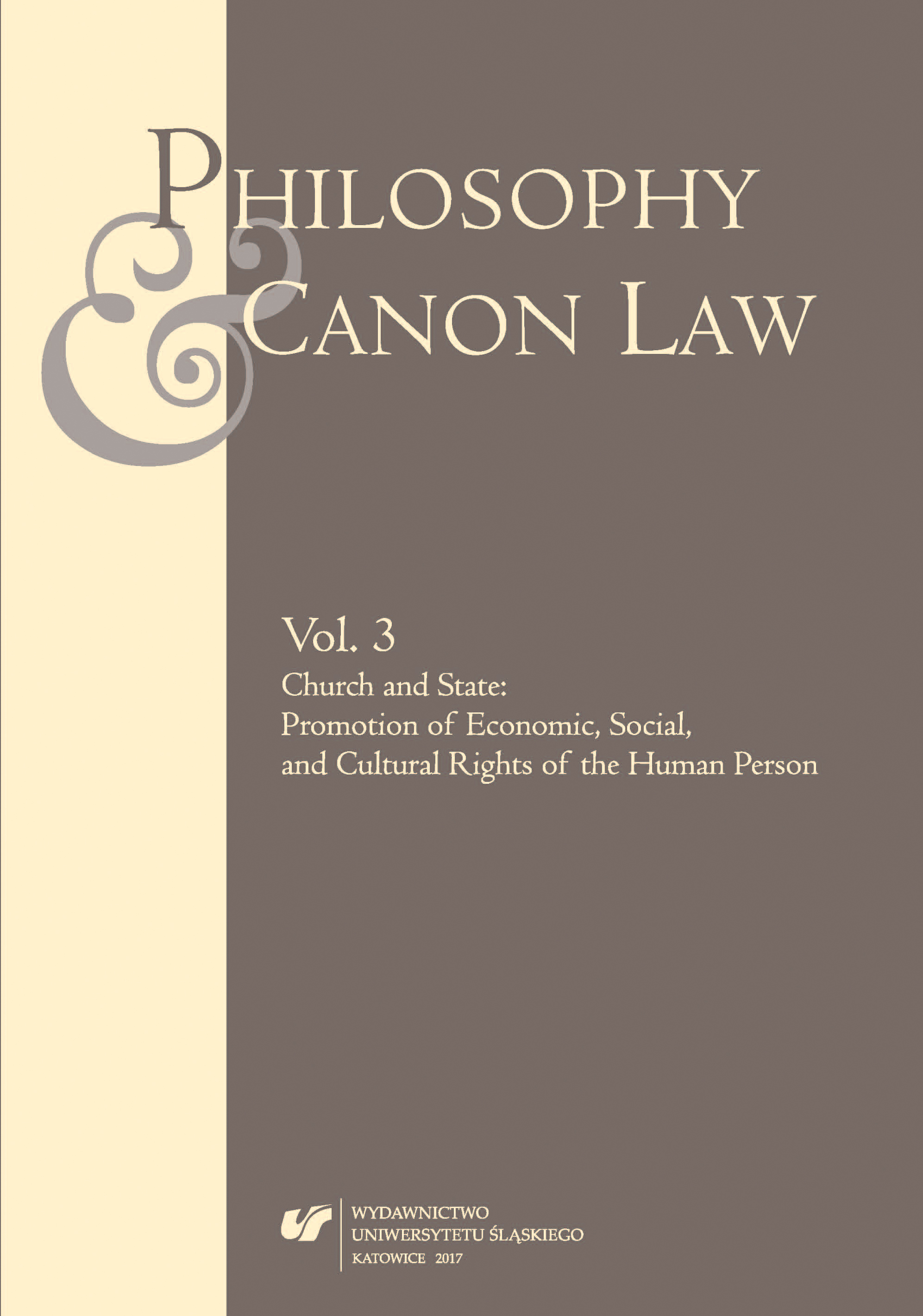 Summary/Abstract: While the Code of Canon Law of 1917 was promulgated at a time when the social doctrine of the Church was still in the process of formulation, the new Code of 1983 comes after Vatican II and after the publication of the major documents of the social doctrine of the Church. The Code obliges all faithful to take their share of responsibility for the social issues in the world and the Church itself to provide social benefits to its employees following the standards found in the social doctrine of the Church. The Code also reflects the principle of subsidiarity whose classical definition is given in the encyclical „Quadragesimo Anno” of Pius XI (1931). This is reflected in the attitude towards the family and the education of children, towards the role of the lay faithful and their associations or in relation to the use of media of mass communication. The Council also enriched the doctrine on the supreme authority of the Church by emphasizing the role of the College of Bishops, which is reflected in the Code of Canon Law both in the generally formulated programmatic norm, but also in the regulation of the dispensational authority, which is now performed mainly by the bishops. The Pope is reserved to deal only with the gravest matters. The specifics of the constitutional framework of the Eastern churches show that the principle of synodality, which has been so typical for them is also remarkably in accordance with the requirement to implement subsidiarity within the Church itself.