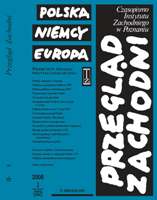 Polityka wielokulturowości i imigranci. Doświadczenia państw europejskich i wnioski dla Polski
Policy of Multiculturalism and Immigrants. The Experience of European Countries and Conlusions for Poland

Summary/Abstract: Multiculturalism is a kind of social policy that consists in the cultural neutrality of the state. In Western Europe it has shaped huge environments of immigrants derived from non-European cultures. Because of a great cultural distance between European societies and immigrants, assimilation of the latter turned out to be more difficult than had initially been expected. In response to such a situation, European states began to implement a multicultural social policy. In effect, a huge number of immigrant behaviors proved to stand in contradiction to human rights but consistent with multiculturalism. Nowadays we can observe a contestation (but not abandonment) of a multicultural policy and growth of anti immigrant attitudes. There is a tendency to gradually diminish multiculturalism and place more emphasis on human rights.