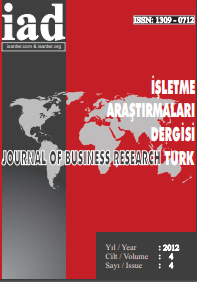 Summary/Abstract: This qualitative study questions the prevailing explanations about the nature of ecotourism. The major aims of the study are (a) to point out that the widespread notions and theoretical attributions about the character of ecotourism should be reconsidered and (b) to express the need for critical questioning and design in qualitative and quantitative academic studies in social, management, administrative and tourism sciences. The article explains, first, the basic rationale for legitimizing, market building, supporting, sustaining and expanding the capitalist market, including ecotourism practices, and connects the concept of environment with economy, and inclusion of tourism and ecotourism in sustainable development. Then, it discusses the nature of dominant explanations of ecotourism. The study concludes that widespread explanations of the nature, structure, activity and outcome of ecotourism rarely match the nature of daily ecotourism practices. Instead, they generally create, employ and sustain functional myths about industrial practices, relations, causes, effects and outcomes of ecotourism. They provide strategically prescriptive and normative ethics and principles that are mostly unattainable. They consciously or inadvertently ignore the fact that the notion of ecotourism is deeply embedded in the logics of ideological normalisation of corporate activities, commodity circulation, technological end-product distribution and use, and global governance of the economic, political and cultural market conditions.