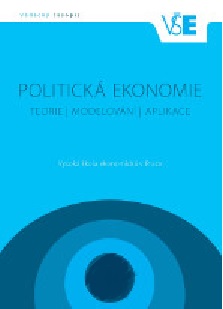 Summary/Abstract: The paper presents an analysis of the development of the gender wage gap in the Czech Republic over the last twenty years, particular attention being paid to the period since 2009. Data on the average and median nominal wage as well as inflationary trends were gathered from the official website of the Czech Statistical Office. Having used the data, the conversion to the average and median real wage was carried out, allowing for a comparison of the current purchasing power of the Czech Republic’s population with that in the year 1996. The differences between male and female average and median wages (both nominal and real) were examined. The development trend analysis of the obtained time series was performed adopting parametric (quadratic trend function) and non-parametric (moving averages) approaches. The quality of the chosen trend functions was verified using individual t-tests, total F-test, autocorrelation and partial autocorrelation functions and Durbin-Watson statistics. The results achieved indicate a steady downward trend in the differences between male and female wage levels since 2009.