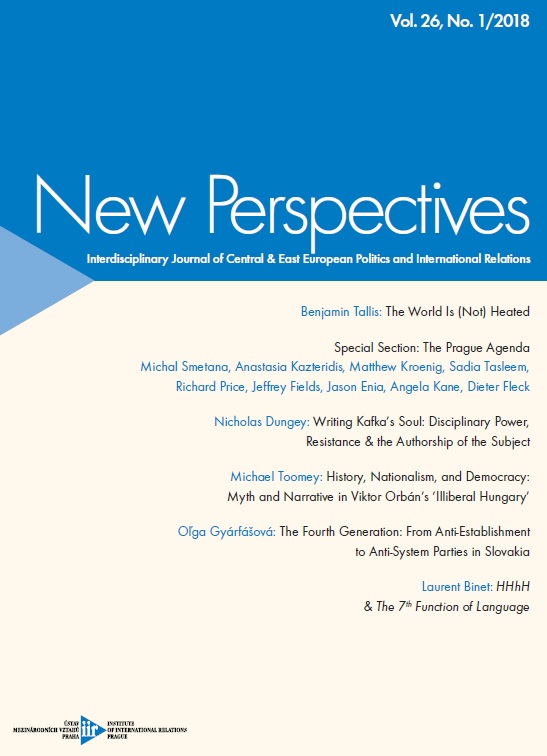 Summary/Abstract: The party systems in many democracies are in flux due to the emergence and electoral successes of new, alternative political parties. This phenomenon has a particular dynamic and, drawing on a case study from Slovakia, it is argued that compared to their predecessors the most recent political newcomers may have a more radical, even anti-system character. The paper deals with theories of new political parties and the conceptual definitions of anti-system parties in general while the empirical part focuses on the developments, characteristics and profiles of two political parties in Slovakia, namely the anti-establishment group Ordinary People and Independent Personalities (OĽaNO) and the extreme right-wing People’s Party–Our Slovakia (ĽSNS), which represents an anti-systemparty. Based on empirical data from several surveys the study points to variance in the profiles of anti-establishment and anti-system voters. It is argued that the voters of the anti-system party (ĽSNS) show an ideological distance from other political parties, as well as a strong identification with the party of their electoral choice as opposed to the voters of OĽaNO. The concluding discussion displays the differences between anti-establishment and anti-system parties in general, and in this specific perspective the Slovak case fits into the much broader debate about illiberal tendencies in Central and Eastern Europe. Anti-system political parties – the next generation of the new alternative parties – could be a real threat to liberal democracy in the region.