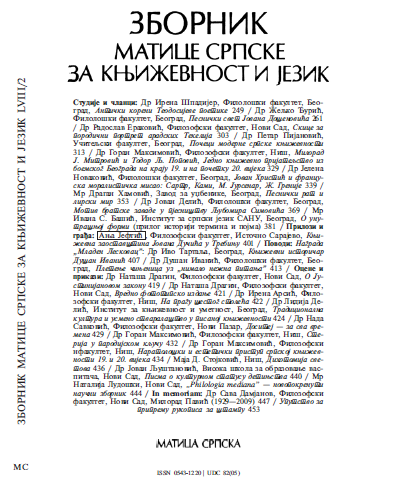 Summary/Abstract: The working experience acquired in the Hungarian Court Office in Vienna (1792— 1798) led Sava Tekelija to concluding that for the survival of the Serbian nation not only warring skills (as the Serbian soldiers — including Sava’s ancestor Jovan Tekelija — saved the honour of Austria for many times), but also educational skills were important. Due to the insufficient number of educated men who could have protected Serbian nation from Habsburg and Hungarian Machiavellian-type manipulations, the Serbs in Austria were treated as a “necessary evil”, especially in the times when their warring services were not needed.