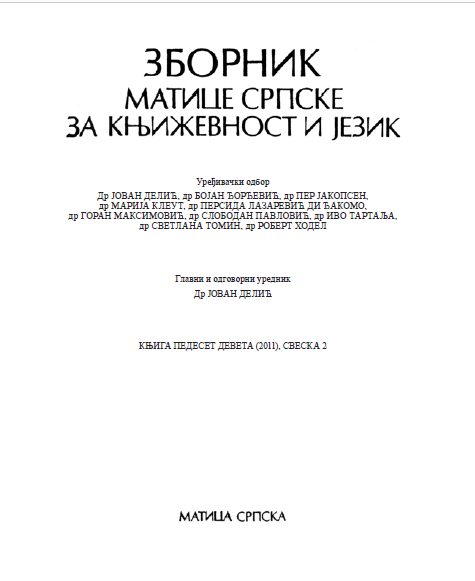 Summary/Abstract: The paper investigates and observes creative procedures with which Miodrag Bulatović developed an absurd picture of the world in his works Davoli dolaze (Devils Are Coming), Crveni petao leti prema nebu (Red Rooster Flies to the Sky), Godo je dosao (Godot Has Arrived). Analytic-synthetic and comparative method was used to point to a string of similarities among the mentioned works, as well as to the parallels with the works of some of the most significant authors of the so-called world absurd literature (Albert Camus and Samuel Beckett). Miodrag Bulatović created under a strong influence of the existentialist philosophy. The problem of absurd was noted at almost all levels of his works from the 1950s and 1960s - in the technique of character and situation building, composition, language, selection of proper narrative procedures, as well as in the dynamicity and lucidity of the creative (author’s) thought itself.