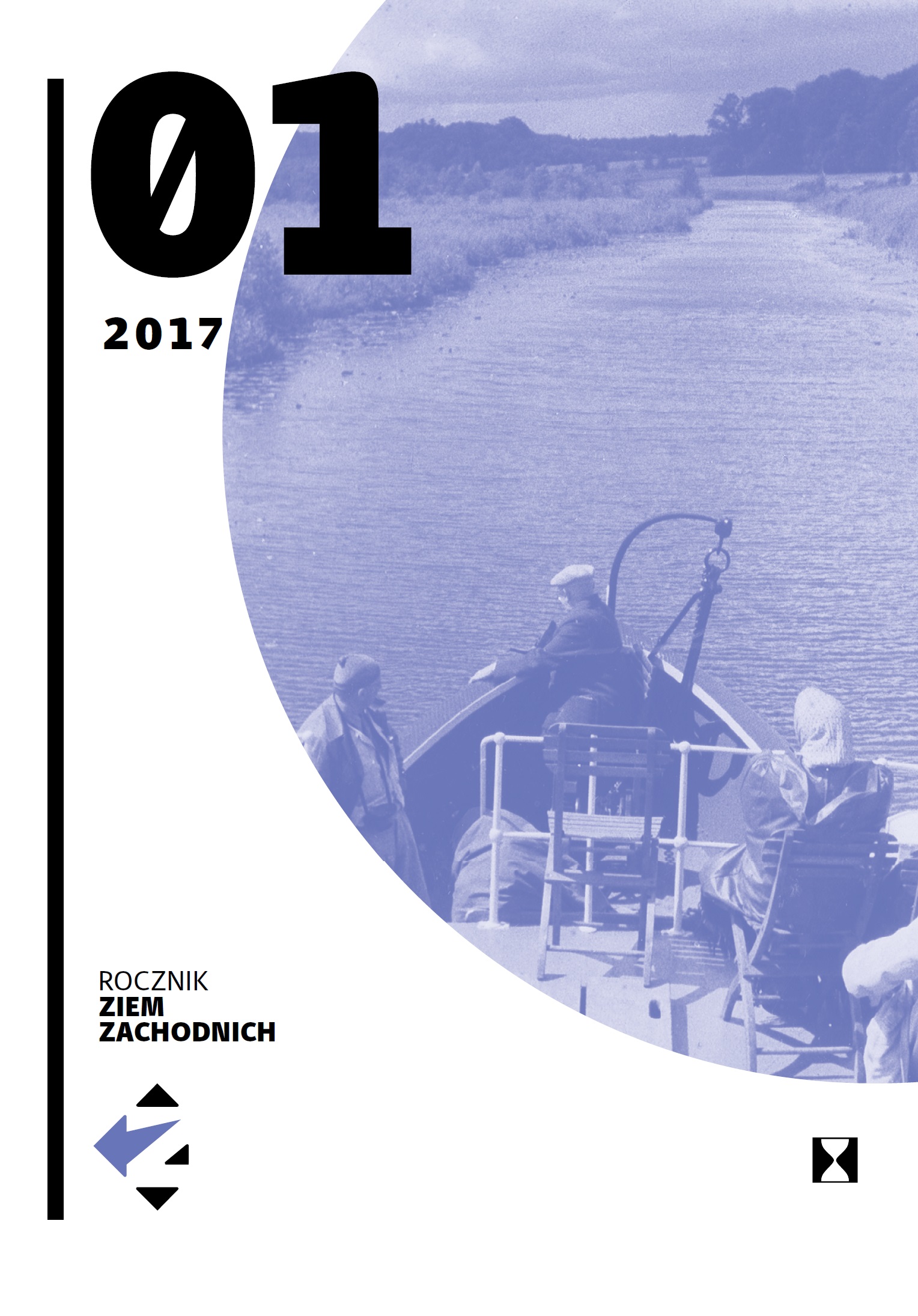 Summary/Abstract: The situation in the Western and Northern Territories of Poland after 1945 was especially difficult for many reasons; in particular, because these areas had to be given a new identity as quickly as possible. One of the most urgent tasks at that time was the regulation of the far-reaching issue of naming towns, villages, geographical entities, and streets. The process of giving a Polish timbre to street names proceeded differently in individual town centres. The extent of this issue was different in large agglomerations and smaller townships. This study shows the liquidation of traces of anything German in street names and their acquisition of Polish names. This is achieved on the basis of selected examples from the largest and smallest towns and cities in the Western and Northern Territories (Wrocław, Gdańsk, Zielona Góra, Świdnica, Bytom, Legnica, Będzin, Reszel and Maszewo). These examples highlight different aspects and characteristics of this phenomenon, and also the difficulties connected with it. The analysis of examples of the renaming of streets enables the identification of certain tendencies and criteria which were in play at that time (e.g. memorialisation of people important to Polish history, culture and science as well as national heroes, campaigners for the freedom of the Polish nation, politicians and independence activists, and also important historical events and facts, including those connected with the perpetuation of the achievements of the communist authorities). The range of street patrons and the symbolic meaning that they contained played an important role not only in strengthening Polish ties of these territories but also in the legitimisation of the new authorities. The majority of streets in the towns of the Western and Northern Territories had received Polish names by the end of 1946. The second stage of the Polonization of street names ended in Autumn 1947. However, in large agglomerations this process was still ongoing in the years 1948–1949. Sometimes, the names of streets were changed several times, dictated by politico-ideological concerns.