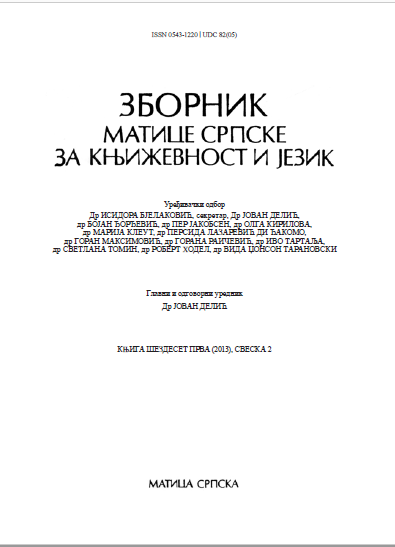 Summary/Abstract: Boško Tokin wrote about the work of Charlie Chaplin primarily from the aspect of visual characteristics, mime and gestures and his conclusions regarding those elements of Chaplin’s art differed from the opinions of French film aestheticians. Tokin observed the genre particularities of featured dramas in the same way as other authors that wrote about Chaplin: Alexander LEJTES and Eldar Ryazanov.