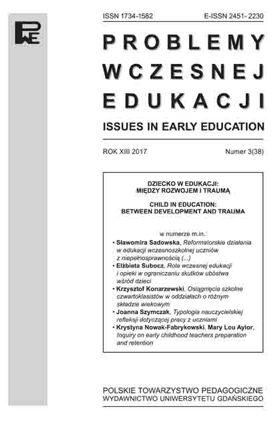 Summary/Abstract: The subject of this analysis is an attempt to reflect on the pedagogical system of Antoni Makarenko as a pedagogue of street children. Just as the street peddlers of today worked with children whose negative and afflicted relationships with the world have led to an attitude of distrust and dislike. When analyzing his concept, I referred to the thought he had made in “Pedagogical Poem”. Confronting the idea against the views of modern street pedagogues, I tried to answer the questions: what does Makarenko share with people working today with this category of children? How much of his ideas worked out almost a century ago are the inspiration for modern street pedagogues? Makarenko, like the street pedigreers of today, was focused on building contacts, appreciated the significance of the meeting, tried to answer real problems and needs of homeless youth. What distinguishes modern street pedagogy from the Makarenko pedagogical system is its critical character. Makarenko’s pedagogy, due to ideological dominance (which was not discussed in the pedagogical activity aimed at shaping the planned political consciousness of the charges), lost its emancipatory character.