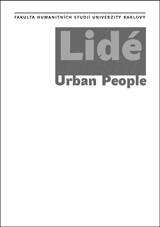 Summary/Abstract: This article offers an analysis of the diaries of Hungarian Painter László Mednyánszky. The diaries document how Mednyánszky’s visual creativity was influenced by a conundrum of his religious, philosophical and political views and also of his contradictory social and personal identities. Mednyánszky was (1) a Hungarian living in an ethnically Slovak neighbourhood; (2) an aristocrat reflecting the decadence of his class; (3) an adherent of alternative religiosity (theosophy); (4) a homosexual creating a personal myth of paranormal coexistence with his dead friend. Standing in this complex mental crossroads, Mednyánszky represents a unique case in his social and cultural environment. The only possible contextualization of personality and creativity, both artistic and religious, leads to the cultural anthropology of Edward Carpenter and to the trans-cultural archetype of “myths of divinised dead friends”.