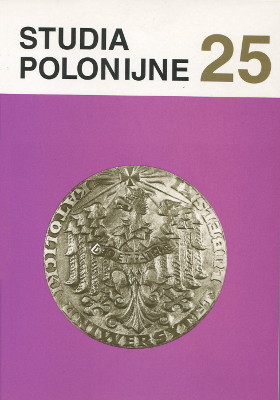 Summary/Abstract: In the article development of diplomatic, economic and social-cultural contacts is pointed to between Poland and North Africa in the years 1918-1939. Research shows that the relations with North-West Africa (Maghrib) were different from the relations with North-East Africa.The Polish State that was revived after World War I, in the first years of its existence tried to establish rightful relations with both European countries and ones situated outside Europe. This situation was ensured by the so-called Versailles system in which the then powers participated.Along with establishing the international position of Poland, its leaders started forming a network of alliances with countries whose interests, at least partly, were similar to the Polish ones. France, one of the leading powers in the European continent, was numbered among the allies. With France's mediation also co-operation was developed with its colonial territories, among others, in North Africa. In particular regions of Algeria, Morocco and Tunisia honorary consulates were established that were supposed to represent Poland on the territory of North Africa. Economic and cultural exchange was begun with this area and the Polish government tried to arouse interest in Polish commodities in the Maghrib region; also North African raw materials were imported to Poland.In Egypt, in turn, a Legation of the Polish Republic was brought into existence. It was the only agency of this kind in Africa. The decision to establish it was made mainly because of political reasons. Egypt, as one of the four independent African countries, could contribute to making Polish policies towards that continent more active. When this proved impossible, the region remained on the peripheries of Polish foreign policies.In the period between the two World Wars, Polish as well as Polish emigrant centers started to be formed on the North African coast that comprised between a few and 300 people. The most numerous of them were formed in Algeria and Morocco, less numerous ones in Egypt and Tunisia, whereas in Sudan, Libya and Mauritania there were only very few Poles.