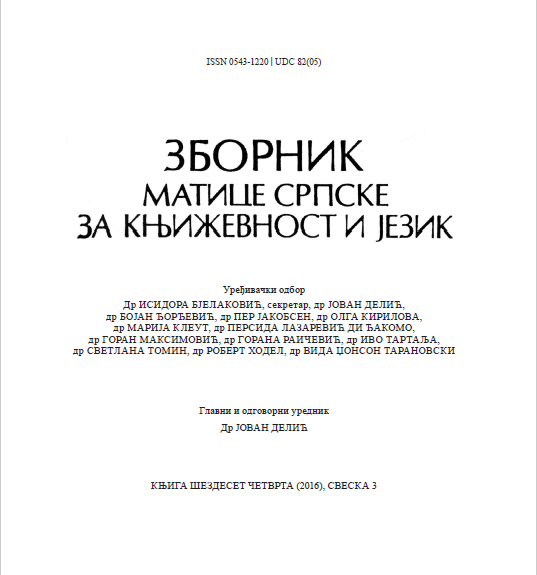 Summary/Abstract: The paper compares the storytelling about childhood by Branko Ćopić and Danilo Kiš. The subject of comparison are Ćopić’s early stories about childhood and Bašta sljezove boje, as well as Kiš’s family trilogy (Rani jadi, Bašta, pepeo and Peščanik). Despite great poetic and genre differences, there are many thematic analogies and similarities in the procedure: autobiographic story-telling in the first person, narrative impressionism, a quest for the lost time of childhood, a child facing the loss of his father and, generally, death, the evolution of narrative procedures, anthropological pessimism. It is revealed that despite great and perhaps dominant differences, childhood is what essentially connects Ćopić and Kiš, at least for a moment.