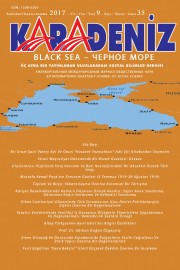 Summary/Abstract: Urums are a Turkish speaking community, who were forced by Russians to migrate to upper regions of Azakh Sea in accordance with the policies followed to realize their aims on Ottoman State. Their language can be regarded as a dialect of Crimean Tatar Turkish. The poems composed in Urumian Turkish by Valery Kior (Kör=Blind in Turkish) are in free verse. He compiled all his poems in three books. These poems are the first literary texts written in Urumian Turkish.