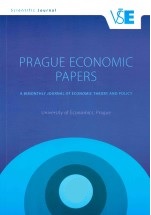 Summary/Abstract: With the European Union expansion in 2004 providing a unique form of natural experiment, this paper uses the European Values Study data and the difference-in-differences estimation to identify causal effects of the EU expansion on migrants’ employment chances and income. Estimation results suggest that the expansion has increased migrants’ employment chances and income. The probability of having a full-time employment for a male migrant in the post- expansion period increases by about 7.7 percentage points. The increase in income for male migrants is higher than that of their female counterparts after the expansion. When the income distribution is broken down into quantiles, estimation results show that male migrants at lower ends of the income distribution experience higher increase in income. At the highest end of the income distribution, there is no evidence that the expansion has any significant effect on either male or female migrants ́ income.