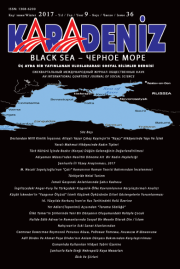 Summary/Abstract: Russian Tsczar IV. Ivan, came to throne when he was sixteen years old and was the first to use the Tsczar title. He is known in history as the founder of the Russian Empire. He did not care about the safety of people's life or property during his reign and was very cruel, so he was called " Ivan the Terrible ". Ivan, who had a striking, impressive and brutal portrait, was a Russian leader with great ambitions and a sense of revenge. Having a formidable personality among his enemies, IV. Ivan, killed his son in 1582 on the grounds that he had betrayed himself. Ivan had a brutal and paranoid character, but he was a successful statesman. He carried out an active domestic and foreign policy and strengthened the centralized state structure. He founded an army union called ''Streletskiye Voiska'', attaching great importance to the problems of church and religion. During the reign of Ivan, the territory of Kazan and Astrakhan were invaded and the territory of Western Siberia was expanded.