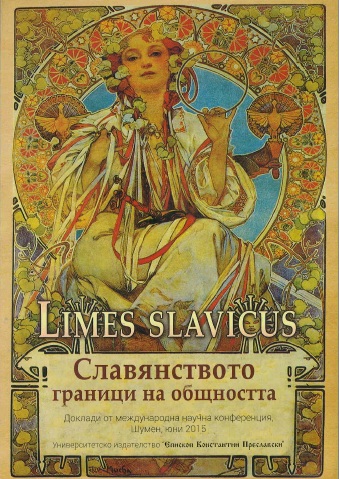 Summary/Abstract: Shumen region is a center of the relatively compact Moesian dialects. As a result of lengthy migration - old and new - the population is mixed. Old Moesian population lives compactly in a limited number of settlements, mainly in Surt area. An object of the analysis is the language of the not autochthonous Bulgarian population in Shumen region, where the linguistic situation is quite complicated because of the great diversity of common dialect types and ethnographic diverse communities. Settlers from the Balkan Mountains region, Thrace, Macedonia and Western Bulgarian periphery have come here at different times since 1878. Data from the survey of villages with mixed population can illuminate the important issue of sustainability and dynamics of language as well as interference dialect level. Bulgarian ethnographic communities settled compactly in Shumen region, are Mountaineers, Thracians, Rodophians, Macedonians, Shoppes, Bulgarians from Western periphery. In confessional terms, they belong to two communities: Orthodox Christians (predominant number) and Muslims (Pomaks) - Rhodopians and part of the Macedonians. The dialects, which is a carrier this population as a result of the prolonged stay at the new location are two types: transient and mixed. Transitional dialects are spoken, which according to modern science elements of a speech penetrated another speech and function as a system. Mixed dialects are spoken formations in which the respective characteristics of two or more parallel speech function uniquely or changed, or some of them - half-reserved. In this regard the linguistic situation in Shumen area is the exclusive breeding territory.