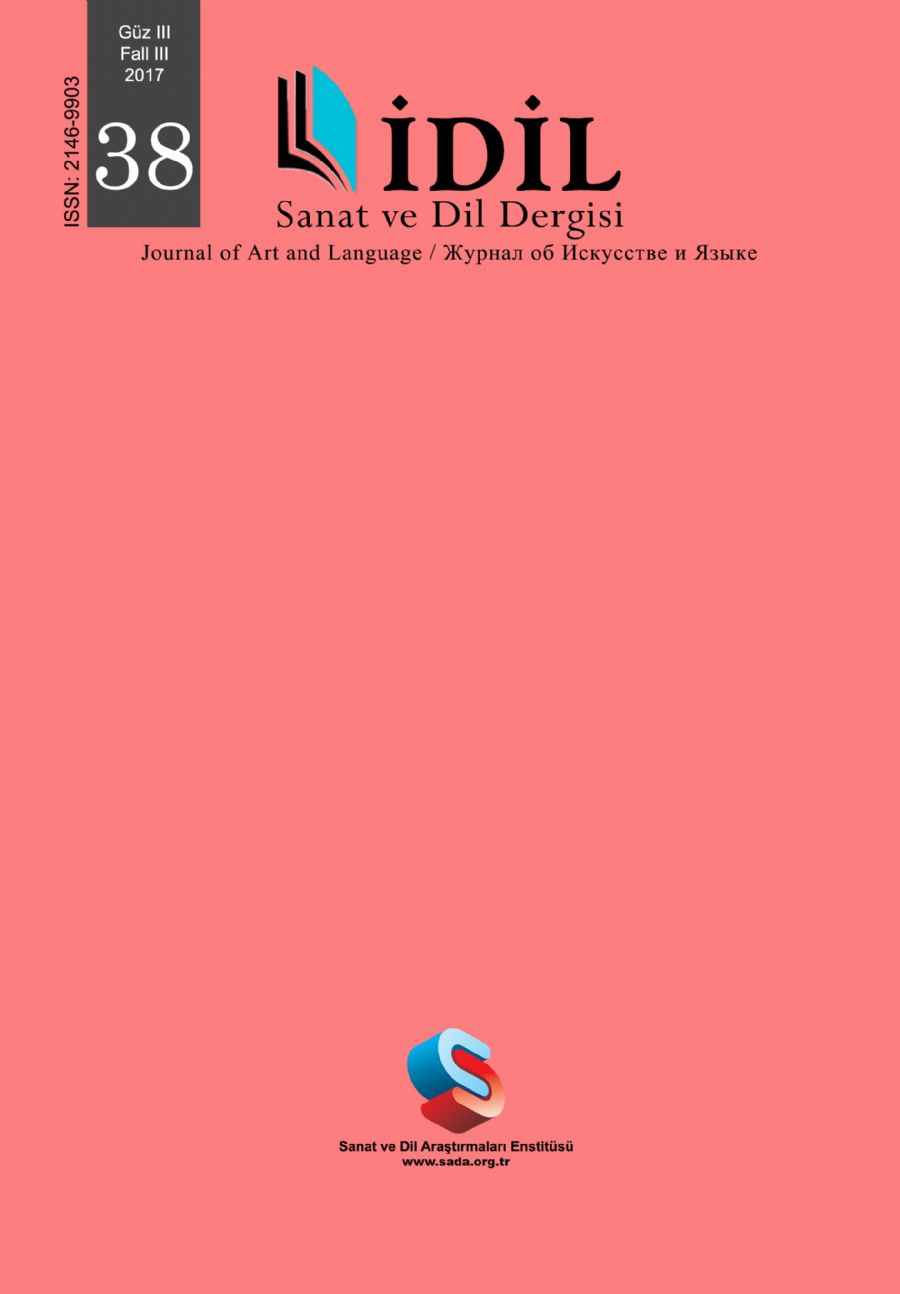 Summary/Abstract: Aleksandr Sergeyevich Pushkin (1799-1837), who was regarded as the founder of Russian literature, became a writer sensitive to society. He also reflected on his intense interest in Russian language, culture, and the social life of his time. As an output of this, he intended to write a work reflecting the life of the Russian youth. After a few attempts, he wrote his poetic novel, Eugene Onegin, which he described as “my best work” by adding innovations to his creativity. In this study, the features of Eugene Onegin brought to Russian literature were revealed. Through the process of formation of the poetic novel and formal characteristics were revealed differences from the previous Russian poetry. It has been attempted to examine in detail how the Onegin Stanza created in the work was created, its structure, and its contribution to the content. During this process, examples were given both in Russian and in Turkish, taking into consideration the structural differences between Russian and Turkish. Finally, Eugene Onegin is explained through several examples of the use of the Onegin Stanza invented together in Russian poetry.