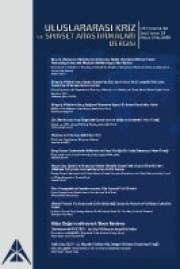 Summary/Abstract: Some Arab countries, starting from 2011, witnessed a sequence of peaceful protesting demonstrations which the western media called the term (Arab Spring). But the new reality resulting from this, in its early stages up to 2013 represented an opportunity for the Islamic powers to show and disorder at the same time. Because these powers participated in the events of protesting and the peaceful an armed confrontation and pushed the Islamic political trend in general and the Ikhwan trend (Muslim Brothers) in particular to the field of the political work and experience the public party work, after being deprived, like many political movements in the Arab countries, from public legal political activity.