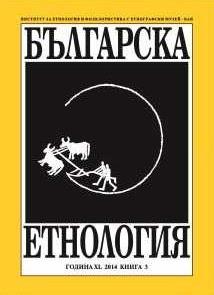 Summary/Abstract: The Balkan Wars (1912-13) and WWI constituted the first media spectacles of the twentieth century. They mark a transition from traditional forms of visual coverage of events, which predominantly consisted in paintings, cartoons, lithographs, and picture postcards to documentary media that should dominate the twentieth century: press photography and the documentary film, which pretended to reproduce exact reality and truth. Photographic technology had matured for market purposes since 1839, but the photo as newspaper coverage had to wait until the method of screened half-tone photos was introduced in Germany in 1882 and the first Kodak camera was brought to the market in 1888. This paved the way for the photo reportage as a profession. The introduction of the film in the middle of the 1890s and especially the introduction of the newsreel at the beginning of the twentieth century opened the way for information for an auditory that was illiterate. The Balkan Wars were not only the first ‘modern’ European wars at the end of the ‘long nineteenth’ century; they were also covered by new forms of visual mass media that could be used for massive national and war mobilization and propaganda. My paper intends to place the Balkan Wars in the context of the visual history of the Balkans. It is divided in three sections. The first section deals with the pre-secular understanding of images, the second one places the meaning of war photography and of the newly-emerged film production in the context of the visual history of the Balkans, and the third and final one addresses the obvious connection between visual culture, Balkanism and the Balkan Wars.