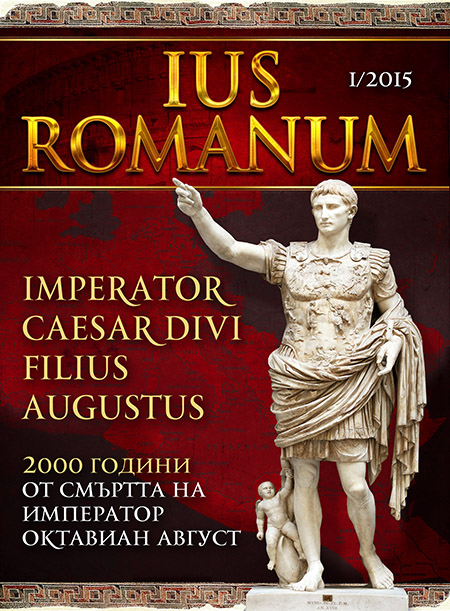 Summary/Abstract: The life of Gaius Julius Caesar Octavianus is a brilliant example of the life of a brilliant leader, who succeed to provide peace in difficult and troubled times in the Empire. The presence of high intelligence, combined with a sense of details and cultural sophistication, provide an opportunity to Augustus to manifest his large-scale thinking and to made Rome center of culture, literature, architecture and philosophy. This created conditions for the so-called "Golden age" of Rome during which time was established lasting peace. This was the time of crafts and arts. Many architectural monuments, buildings, entire cities have been created. One of these cities was Merida (Emerita Augusta). Emerita Augusta was built because of its strategic geographic location as a communication unit of the western border of the Empire. Thanks to Augustus, many theaters, forums, temples, thermal baths, water reservoirs, bridges, etc. were built in the city. That way the city became the center of Roman politics on the peninsula. Also with his great influence Octavian managed to create a cult of his personality. In the Baetica ( one of the provinces in the Empire ) the cult was focused on Augustus and his family. The imperial cult served as a basic principle of the legitimacy of the dynasties and a factor for the socio-cultural connection of the various peoples in the Empire. But when Emperor Septimius Severus came to power, the Baetica lost its political authority as a factor in the development of Roman politics. As a result of his acts the cult in the city was abandoned.