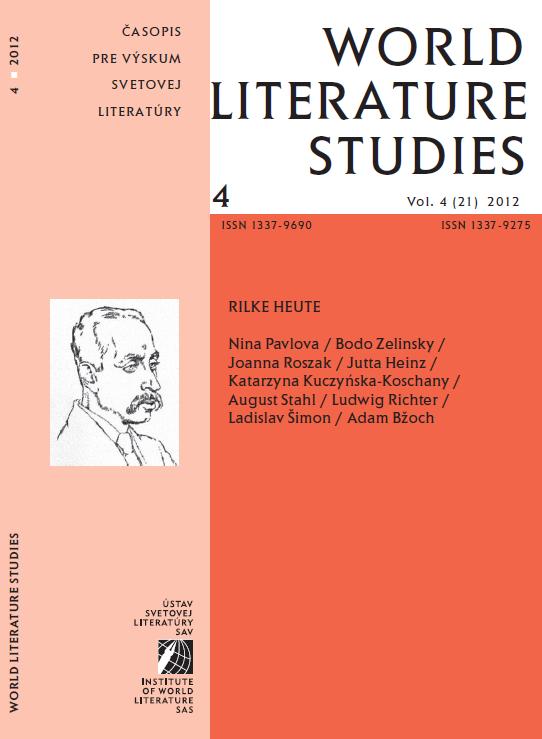 Summary/Abstract: The title and conceptualization of this text were inspired by the important book by Victor Klemperer Before 33 / after 45 (1956). I am trying to argue that the poet who lived and wrote before 1933 (Rainer Maria Rilke died in December 1926), would not be so widely read and interpreted today had he lived and written in the period of the Third Reich. I use Rilke’s letters (esp. the so-called Lettres milanaises, addressed to Aurelia Gallarati-Scotti-Cittadella), memoirs, works and other documents in this article as a figure of clairvoyance (or inadequate clairvoyance) in the same sense in which it was understood by the Polish poet Cyprian Kamil Norwid (1821–1883): „Clairvoyance has two sources: either wisdom, or désinteressement.“ (Original: „La clairvoyance a deux sources: la sagesse ou la désinteressement.“ This clairvoyance becomes obvious when we compare – as Giorgio Agamben has done – fragments from Rilke’s novel Die Aufzeichnungen des Malte Laurids Brigge (1910, that is, before World War I) with the figure of the concentration camp „musulman“ (which appears in Primo Levi’s books, for example). The comparison has to do with the encounter of the bare face with reality and the relevant consequences that arise from this encounter. We however do not find any clairvoyance neither in Rilke’s correspondence (it sometimes contains antisemitic views), nor in the memories of his friends, who often describe the poet’s ambivalent behaviour. I found it important to also point out German and Polish reception of Rilke between 1933 and 1945. My findings confirm the hypothesis about Rilke’s ambivalent attitude towards Jews and antisemitism.