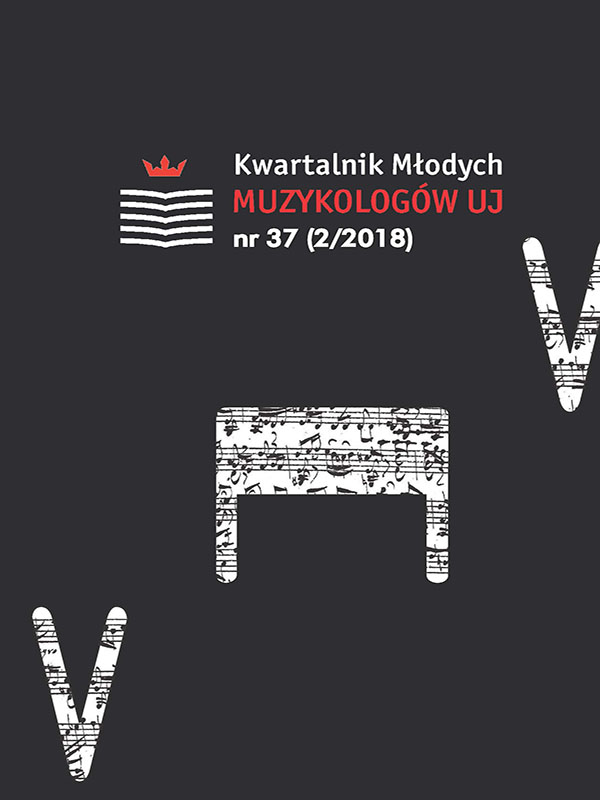 Summary/Abstract: Scordatura is a tuning of a string instrument, which is different than the standard one. It has been used for both plucked and string instruments since the 16th century and it was quite popular in the Baroque era, espe­cially in the case of violins. Because of their specific tuning – based on the same intervals – it is possible to distinguish two types of violin scordatura. The first one relates to the situation when all strings are tuned up or down in the same interval relations. Such tuning is still based on fifths, but the pitches are different than using standard tuning, so it is called transpose scordatura. In the second one, each string is tuned up or down in differ­ent interval relation, in another direction or even only some of them are tuned in the unusual way. In this case, violin tuning is based on different intervals than fifths, usually on thirds and/or fourths, although sometimes there are three dissimilar intervals (thirds, fourths and fifths). The second type of scordatura was a very popular technique in the Baroque era and its functions were variable. The main of them were allowing to perform figures, which are impossible in standard tuning, especially double-notes and chords (technical aspect), and changing sound qualities of the instru­ment (sound aspect). It does not mean that scordatura was used only to achieve these goals. For example, it was sometimes used to imitate other instrument. There are certain examples of such a usage of this playing technique in the oldest (1679–1686) part of the collection of manuscripts connected with activity of Canonesses Regular of St Augustine in Wrocław (provenance St Anna in Arena). The scordatura can be found there in seven manuscripts, and in four of them it is possible that composers (or com­poser?) tried to assimilate the violin sound and/or technique with other instruments, such as viola, lute or trumpet.