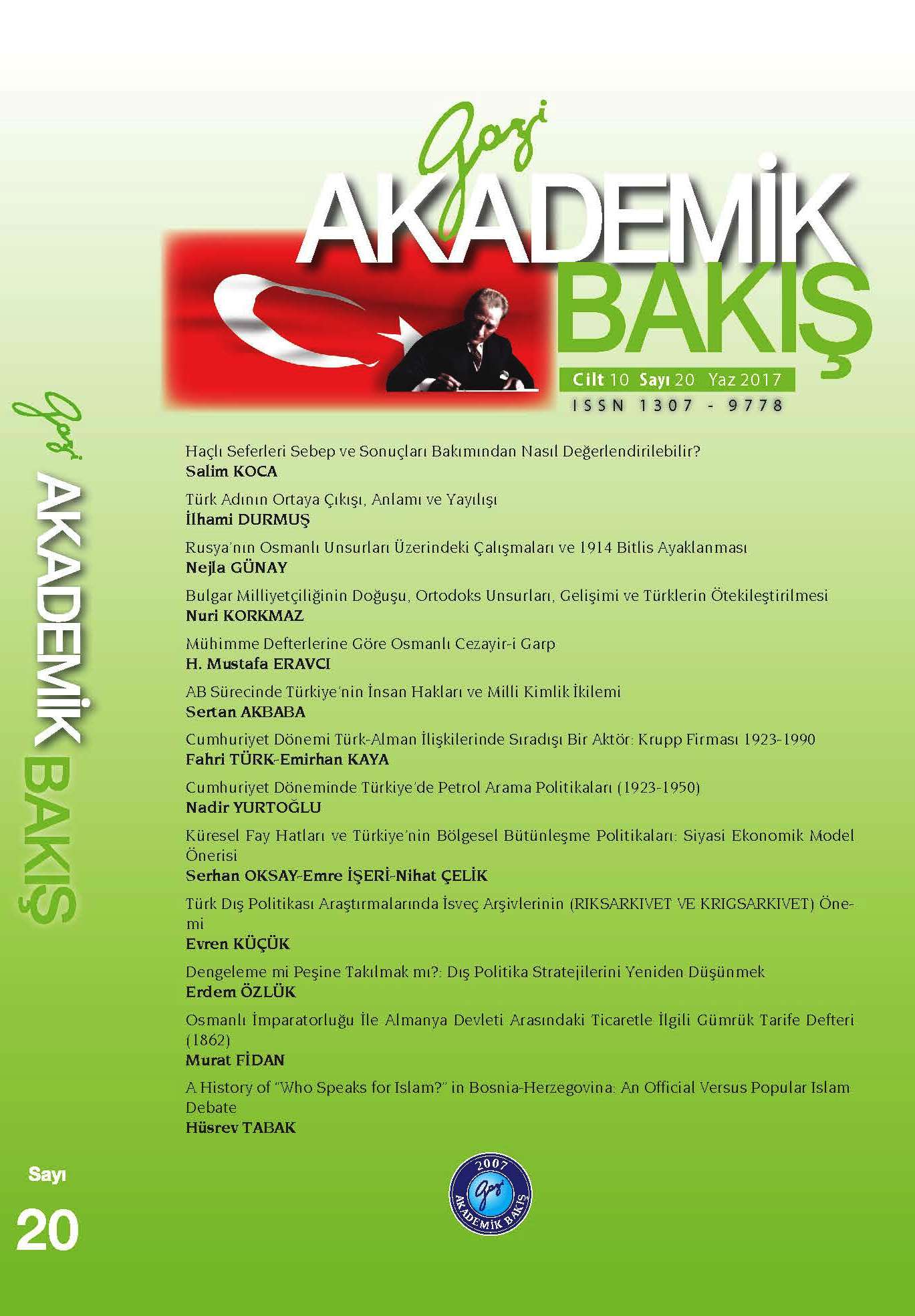 Summary/Abstract: Fervent debates on human rights policies around the world have occupied the public opinion in Turkey especially in the post-Helsinki period. In the center of the debate lies the efforts to develop and expand human rights. However, Turkey’s efforts to improve its human rights policies in line with its EU membership goal also means Turkey’s trial with Turkish identity and Turkish nationalism. For the dominant nationalist perception, which has encapsulated the Turkish Republic since its establishment, is clashing with the EU values and human rights. The aim of this study is to discuss why social peace has not been established despite the improvements made via human rights legislation. It is observed that Turkey’s transformation that started with its EU candidacy and continued with the reform packages, constitutional amendments and democratization process has now slowed down or even has come to a halt. One of the primary reasons of this final situation is the lack of ‘overlapping consensus’ introduced by Rawls in his theory of justice. As a result, initiatives with good intentions reach the level of awareness of differences but not cause realistic steps to be taken for ‘recognition’. This study argues that, unless a citizenship model embracing all members of society is established, the cited initiatives will not result in lasting solutions.