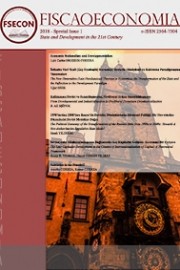 Summary/Abstract: After the disintegration of the Soviet Union, by pioneering of the international finance institutions, “shock therapy” neoliberal agenda, which were previously applied to Latin America, has been actualized initially in Russia and then in all post-Soviet countries. In the same time, while the state, which commanded both political and economic spheres in the Soviet era, has been diminished by the neoliberal policies in parallel to be through with the economic and socioeconomic spheres, nomenklatura, which were Soviet elites, has turned into the oligarchs and the economic power has been acquired by the oligarchs owing to the actualized neoliberal agenda. By the beginning of 2000s, after the coming to power of Vladimir Putin, the process of the rising authoritarianism of the state has started under the name of “strong state” notion. So to say, by coming to power of Putin, who displays a Leviathan profile as the form of the Russian state and even the Russian society, both political and economic transformations in Russia have been guaranteed. Therefore, in this work, it will aim to discuss the changing situation of the Russian state under the Putin’s government within this political and socio-economic framework.