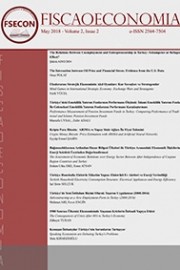 Summary/Abstract: Financial crisis is defined as sharp fluctuations of prices and quantities, occurring in financial markets reflecting as drastic economic problems with payments defaults in the banking sector, which in no way is impendent from each other. Crisis in one sector contaminates other sectors within small time intervals, which initially seems to be in periods. Many financial crises have occurred in the world since the 1970s. Although, a turning point like 1990‟s affected most countries leading to economic instability. Like in the past, most developing countries are not similar in terms of their socio-economic structure, on the other hand financial crises witnessed show several similarities. These financial crises, enlarged with the panic observed in the international investment markets, complemented with speculative attacks has diverged the financial capital flow among countries. Unemployment figures of the world have risen at the point of crisis in the end of 2008. As a result of the contraction in the foreign trade due to the crisis, the Gross Domestic Product of our country has been declining in great proportions. The effect of the crises on our country's economy has been examined in the study.