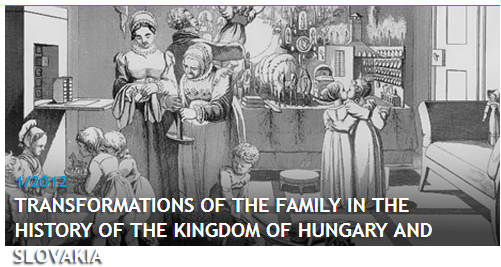 „Kto myslí len na svoj osoh, tomu nepatrí meno Pálffy...“1 Narušenie harmónie a dobrého spolužitia v rode Pálffyovcov v 18. storočí
The one, who has only his own welfare in mind, shall not be allowed to call himself Pálffy…”: A Disruption of Harmony and Familial Relationships within the Pálffy Family During the 18th Century

Summary/Abstract: Property disputes have always been one of the main reasons of misunderstandings and conflicts among family members. Big conflicts among the family of Pálffy members were caused by the testament of Palatine János Palffy and the consequent property division. The author analyzes the correspondence between Károly Pál Pálffy and Rudolf (I.) Pálffy, and offers a portrait of the complicated family relationships during the long-lasting conflict. They were both partial owners of the Červený Kameň and Svätý Jur and Pezinok estates, but even despite several agreements and lawsuits were not able to reach reconciliation with each other. When Károly Pál became the guardian of Rudolf Pálffy's sons, the disagreements passed over to the next generation. Besides property and financial problems he had to solve also the problem of the planned marriage of Rudolf Pálffy with certain countess of Bethlen. The article tries to answer several questions: how did the family of Pálffy judge the conflict among its members and what was the attitude of aristocrats and royal court towards the dispute inside high-profile and politically influential Hungarian magnate family.