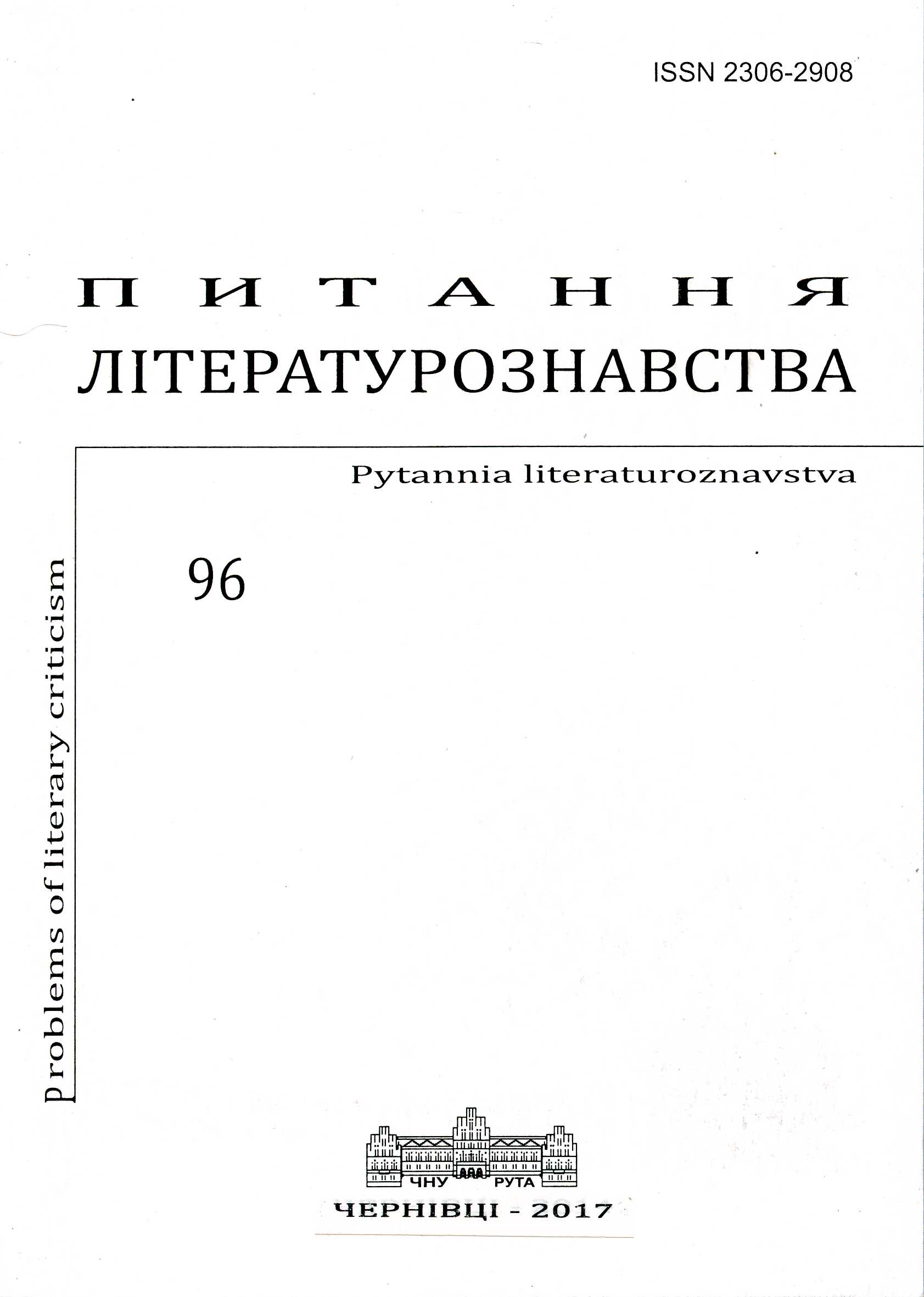 Summary/Abstract: The personality sphere of the novel “Chervony” by the modern Ukrainian writer A. Kokotyukha has been analyzed. Only those characters that are recognized as personalities in the historical-and-cultural and social-and-political realia have been chosen. It has been found that the compositional peculiarity of the novel lies in the fact that it was written as three notebooks (“Ukraine. Volyn, Fall 1947”, “Ukraine. Volyn, Spring 1947” and “The Komi ASSR, Vorkuta, Fall 1948 – Spring 1948”) on behalf of three minor characters (Mikhail Sereda, Lev Dobrokhotov, Victor Gurov). The importance of these characters is defined by their roles in the plot development. It has been focused that in any literary work less writer`s attention is paid to minor characters playing supporting roles. Nevertheless, it is minor characters that help reveal main characters’ peculiarities. In the given novel minor characters are subconsciously viewed as main ones. It has been proved that the writer’s communication with the reader takes place indirectly, through explicit characters of the three different stories about one and the same person. The opposition of “two verities” (soviet and rebellious) is also shown through explicit story tellers (Klim Rogozny, Grygory Tytarenko). They fulfill the functions of imagined authors. The modeling of specific complex of the novel has been analyzed: the representatives of the soviet regime (People’s Commissariat for Internal Affairs representatives, militiamen, Stalin concentration camps’ chiefs), free people, convinced in the just fight for Ukraine`s freedom from occupants (ataman Chervony, fighters of Ukrainian Insurgent Army) and specific complex of concentrated camp characters (political prisoners, big time stuff, bitches (criminals collaborating with law enforcing bodies).