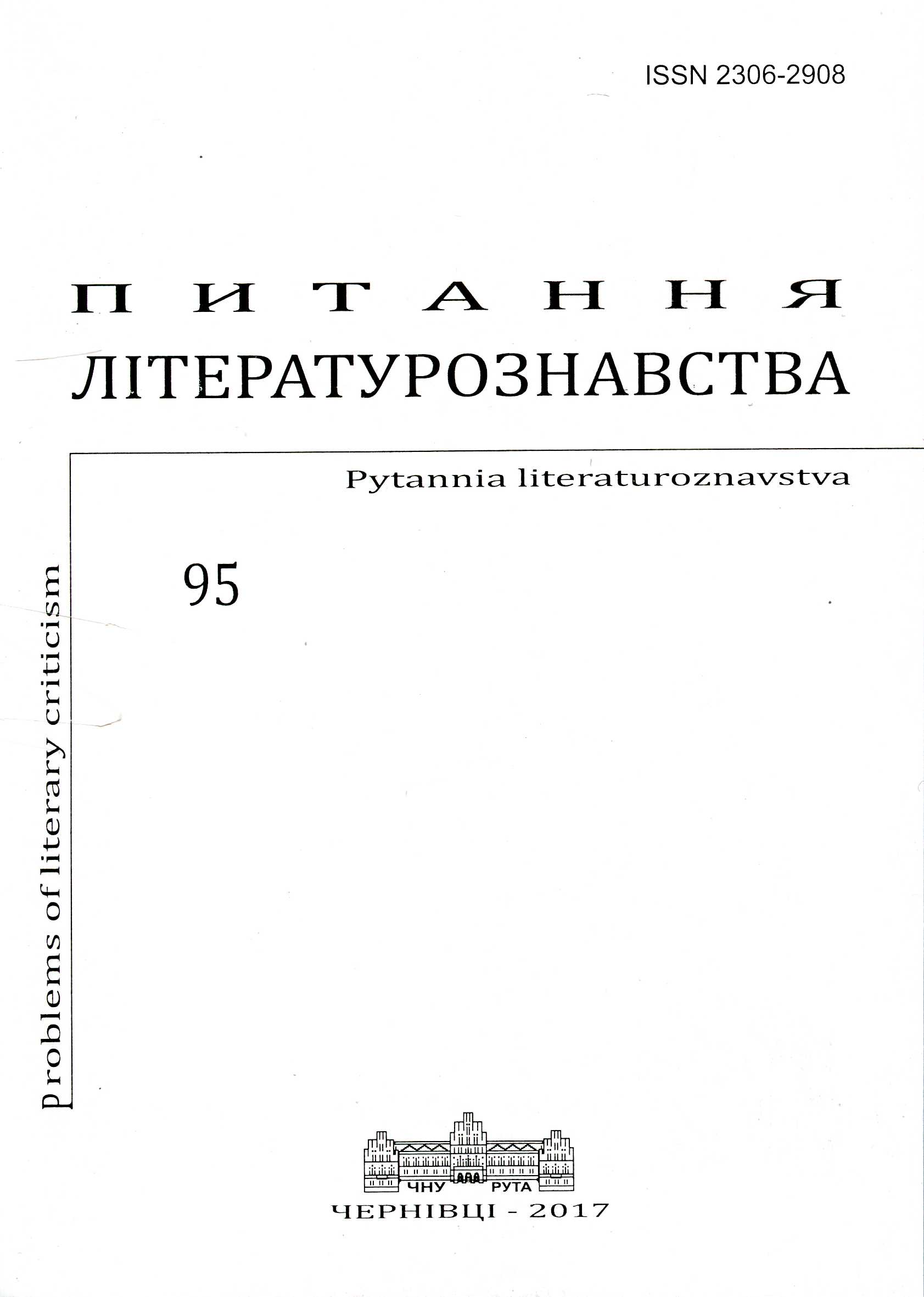 Summary/Abstract: Metadramatic analysis is widespread in the Literary Theory of recent decades. Despite the fact that most of specific elements of metadrama are present even in the most ancient dramatic texts, their intensive updating is observed in postmodern literature. The article analyzes the expanded typology of medadramatic methods. The main attention is focused on such metadramatic technique as play within the play, role within the role, ceremony (ritual) within the play, adaptive metadrama and literary / theatrical criticism in the drama. It is proved that the play of the Ukrainian playwright Pavlo Arie “The Man in a State of Elevation” is an example of the original application of metadramatic poetics, in particular due to the conceptually complicated hierarchy of these techniques on the character and dimensional levels. The text represents a multilayered space, where the concept of theatre-within-the-theatre is repeated, indexed to infinity. Each layer is arranged according to the principle of the musical state just like interlines and has certain dominant methods of metadrama. However, the possibility of a stable hierarchy is questioned, since each structural element of the play claiming to be a centre easily changes its location to the periphery.Pavlo Arie's play confirms the leading orientation of the postmodern theater on the self-reflection and self-presentation. Actually metadrama turns to be an attempt to expand the dramatic world by constructing additional real / unreal planes. Their hierarchy in the art world of the author becomes a conceptual problem and subject of decoding.