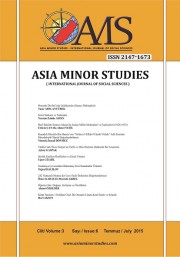 Summary/Abstract: İzmir Assassination was an assassination attempt planned against to Mustafa Kemal Pasha who was president of the Turkey Republic. Persons planned to assaassination was arrested since Creten Şevki informed about assassination. After a while Independence Court to Commite was sent from Ankara to Izmir. Court to Committe querried nearly a hundred persons. Trials in Izmir were done between 23 June and 13 July times. Courts was revealed larger presence of an opponent team against to Mustafa Kemal Pasha. In outcome of trials fifteen persons were sentenced to death. Thirteen other people who were charged with, by the court in İzmir, taking part in the Assassination by the court in İzmir.