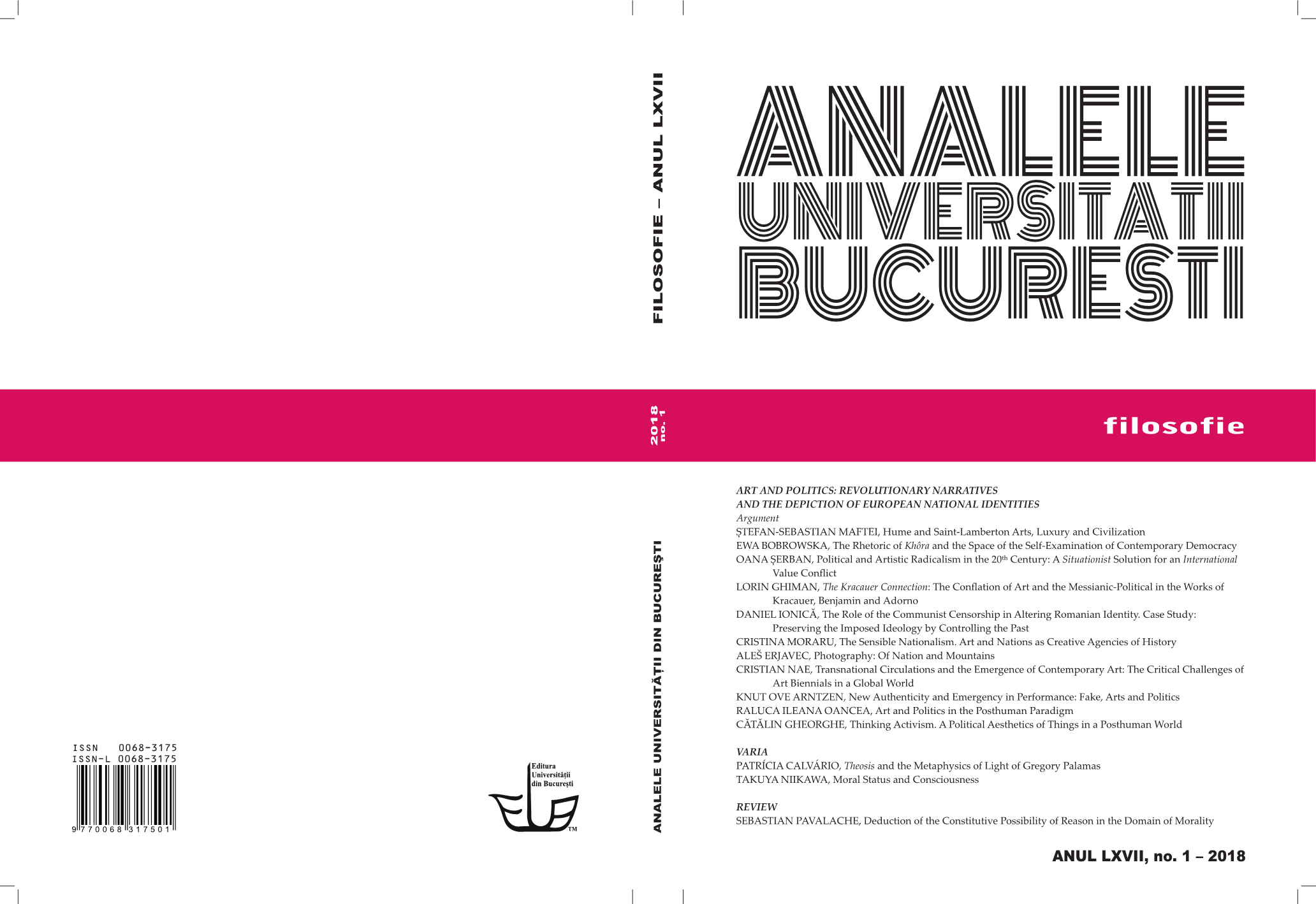 Summary/Abstract: There is a peculiar figure of thought (and speech) that Kracauer, Adorno and Benjamin seemed to like and share. Working on related topics concerning the status of the arts, they all toyed with the idea of a “go-for-broke” game, a “va-banque Spiel”. The first occurrence of the expression can arguably be found in Kracauer’s photography essay from 1927, and, given the fact that the three men were in constant exchange of ideas, one would not be surprised to see it crop up in Adorno’s work and correspondence and then taken up, even if not literally, by Benjamin. What is the meaning of this rather unusual expression in the highly intellectual debates on the new social function of the arts that came, as Benjamin put it, with the development of new technological means of (re)production?In what follows we intend to reconstruct the body of thought that the three thinkers have in common on this topic and thus clarify the meaning of the strange va-banque game. As we shall see, with it they are brothers in a “confrérie du risque” as it were, that banks all their hopes for a new society on the new human experience that will be brought about by the “new arts”, as photography and film. What is in play is a new, “higher” concept of experience that emerges from the dialectics of man and nature at work in the creation and reception of the new works of art that has a distinct (and specific) political meaning. We intend to reconstruct this risky intellectual game, and to follow it with a few “post-game” Adornian considerations on the viability of such an approach.