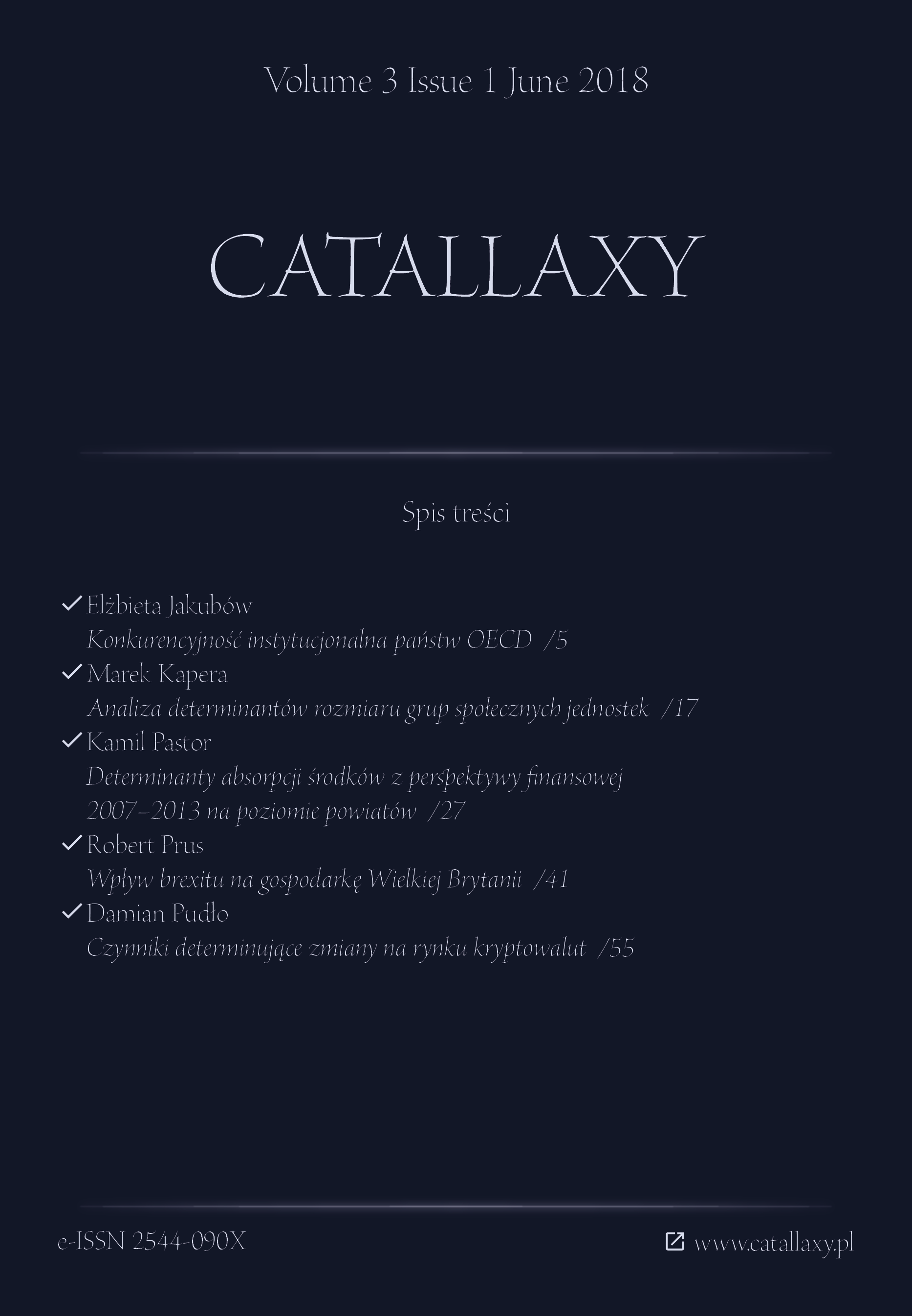 Summary/Abstract: Motivation: In a referendum held on 23 June 2016, the British decided on Britain’s withdrawal from the European Union (EU). So far, only two countries have separated from EU structures, i.e. Greenland and Algeria. Brexit analysis will allow to explain the procedures and consequences associated with the occurrence of a given country from EU structures. In addition, leaving the group by a highly developed country with a strong position in the international arena, can cause not only political, but also economic consequences for the whole Europe. Aim: The aim of the article is to demonstrate the potential impact of brexit on particular macroeconomic variables reflecting the condition of the British economy. The analysis covered: the rate of economic growth measured by GDP, the inflation rate measured with the CPI (Consumer Price Index) index, the GBP/PLN exchange rate, migration processes, public finances, foreign direct investment (FDI) and the United Kingdom foreign trade. Materials and methods: The various sources and research methods were used in the article. The theoretical part is based on scientific articles and Internet sources. The empirical material is data published by ONS, OECD and the Official Portal of the European Union. The applied research methods include descriptive analysis and analysis of selected macroeconomic indicators. Results: The conducted analysis showed that brexit will undoubtedly have an impact on the condition of the UK economy, and the scale of the slowdown depends on the British government’s choice of a model defining the level of connections with the EU market. The effects of brexit can include slower