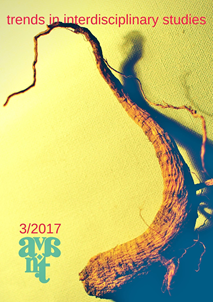 Summary/Abstract: The Left Hand of Darkness is one of the most famous novels by an American science fiction and fantasy author Ursula K. Le Guin, not only due to its literary qualities but also because it engages in a certain mental experiment – it introduces an androgynous community. From the perspective of gender philosophy and feminist ideas migrating over the last decades between equality and difference, the idea of incorporating a human being into the concept of androgyne and building on it an alternative vision of society and intimate relations seems worth our attention, especially since the conclusions drawn from this literary experiment are not unequivocal, and even – as some of the female critics of Le Guin demonstrate – are feministically disappointing. As Le Guin tries to illustrate, the fact of gender belonging strongly affects the whole of human existence; thus the abundance of connotations associated with such an experiment seems to be both opening and overwhelming. Despite the fact that Le Guin’s intention is fundamentally feminist, its implementation stumbles on culturally established patterns of defining both sexes, and in particular on language traps associated with privileging male grammatical forms by identifying them with a universal sense. Masculinity once again proves to be the norm of thinking about human beings in general, privileged at a subtle, linguistic level, even when attempting to speak of androgyny. On the example of the project taken up by Le Guin, I reflect on the gender involvement of the androgyne category and the possibility of its unprejudiced expression, as well as the role of science fiction literature in such undertakings.