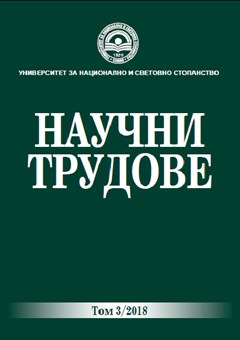 Summary/Abstract: The main goal of the study is to reveal a basic dilemma on the basis of which could be distinguished the methodologies of different economic theories. The dilemma methodological individualism – methodological holism has a leading role because it is connected with the most important characteristics of the starting point of the economic research. The development of these two methodologies is considered and how they become preconditions of mainstream or heterodox economic theories.By the end of the 19th century, the economists began to define political economy with a new term - "Economics". In parallel, start a process to upgrade of the content of the new term. This results in a "new" science for the "economy", ie. it becomes obvious that in the present day the synonymization of "political economy" with "economics" is not legitimate.In this study, the author does not intend to make a full distinction between political economy and economics – just to mark another significant dividing line between these two economics studies and to answer the question whether and under what conditions one can speak of a synthesis between them.