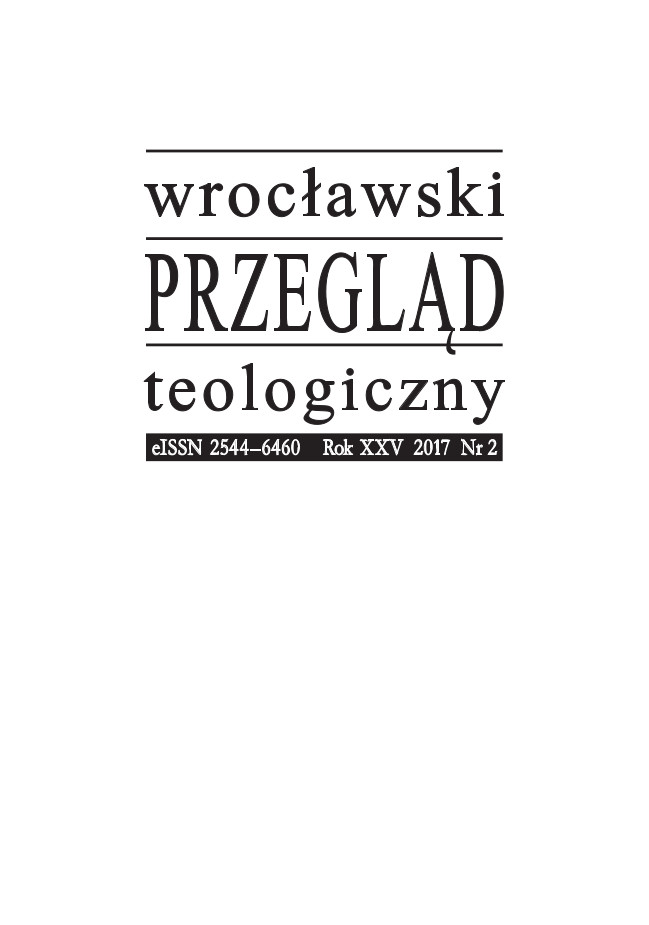 Summary/Abstract: The article shows that the noun עֺלׇה in Leviticus 1 usually is translated according to the long-standing tradition of “holocaust” or “burnt offering”. However, this practice does not transmit etymology of the word derivative of the verb עׇלׇה, meaning “to ascend”, “to climb up”, “to go up”. The article gives an overview of major examples of Bible translations of the noun in Leviticus 1 as well as of most important commentators giving their explanations of its meaning. A due consideration is also given to key proposals of technical translation of עֺלׇה (Buber-Rosenzweig, E. Fox, J.B. Jordan), focusing specially on etymology of the noun. In turn, discussed are arguments of a few important cultural anthropologists, who suggest that main ancient cultures identified animals with humans. Finally, the article turns to explaining possible significances of offering rituals in Leviticus 1, in light of the animal-human identification. It is suggested that the noun עֺלׇה better would be translated as “ascension offering,” as the name points to the effect it has on men, in accordance with meanings of two other offerings, purification and peace. Didactically, עֺלׇה would indicate that a sinful man can ascend to the holy God through a sort of transformation, through some kind of death.Znaczenie ofiary ʻōlāh w Leviticus 1. Rozważania z pogranicza translatoryki biblijnej i antropologii kulturowej