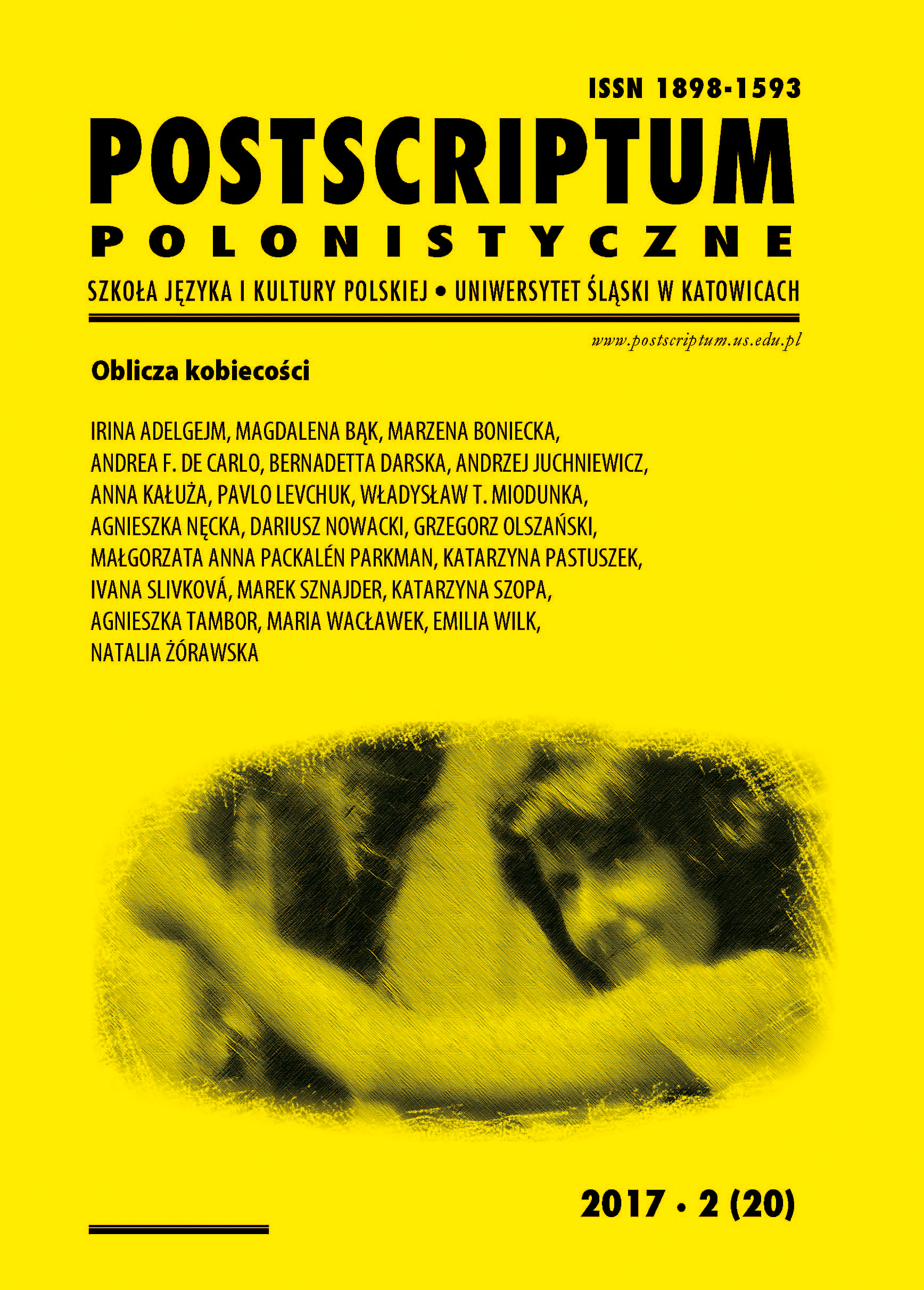 Summary/Abstract: Polish woman-centered symbolism has a specific dimension, which is depicted in the iconic ‘Polish Mother’ (Matka Polka). The iconic image is deeply rooted in Polish history and culture and it often refers to the mother of Jesus as she is expected to sacrifice her children for the motherland. As a woman, she realizes herself not only through motherhood but also in the service of her nation, and as such, she becomes a highly charged metaphor for both motherly love and patriotism. The ‘Polish Mother’ is a myth; a stereotype that has shaped the thinking of the nation for more than two centuries and is still largely in force. In contemporary literature (and also in various media texts and blogs) one can identify however, obvious attempts to re-evaluate this very traditional iconic image. Especially motherhood, in Poland today, has gained a new dimension. I investigate some of the most characteristic aspects of the selected texts, focusing on the discrepancy between the old clichés and expectations and the subversion of traditionally defined motherhood in a modern society, which no longer takes the ‘Polish Mother’ at face value.