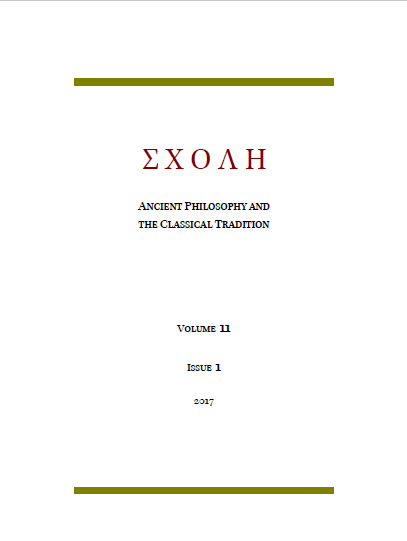 Summary/Abstract: The author attempts to show the way how Aristotle “misunderstands” Plato, taking as an example a fragment from the his treatise “On the Soul” (Arist. De an. 406b-407b). First, Aristotle ascribes to Plato the notions of the soul and mind (νοῦς) as spatial magnitudes, and then demonstrates that the nous may not be a circular spatial movement, since our thinking is actually a sequential logical reasoning. Thus, Aristotle imputes to Plato the judgment, which the latter never formulated, and proceeds to criticize this judgment from his own presumptions about noesis as logical reasoning. However, in Plato, noesis relates to the sphere of nous, being a movement directed to the first principle, while reasoning with its inference belongs to the sphere of dianoia. In assuming here a mere “misunderstanding” between Aristotle and Plato we are nonetheless hampered by the existence of Book 12 of “Metaphysics”, especially its 7th Chapter, where we are told about the Supreme mind and the unmoving Prime mover: this concept, according to the commentators of Aristotle, goes back to Plato's views about nous. Therefore, the mysterious “misunderstanding” requires a separate detailed research, based primarily on the further study of the Lambda.