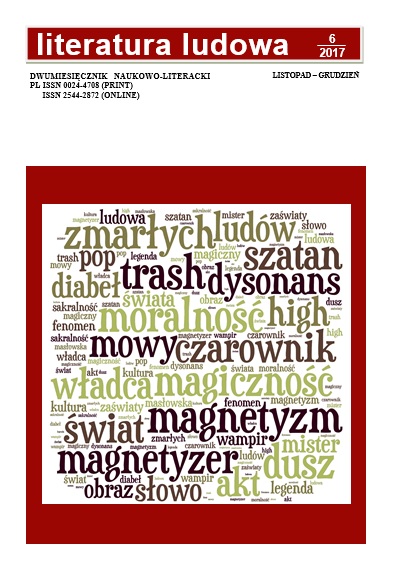 Summary/Abstract: Contemporary Polish culture is filled with popcultural phenomena which cannot be easily defined. Top model Anja Rubik, who recently appeared on the thought-provoking cover of the first issue of Polish “Vogue,” had made her music debut in Mister D.’s 2014 “Chleb” video. It quickly went viral, but many YouTubers called it “trash,” probably not knowing that Mister D. is Dorota Masłowska, the critically-acclaimed author of Snow White and Russian Red which she published at the age of nineteen and later starred in its movie adaptation. The author of this article shows that by combining literature with music and visuals arts, Masłowska not only crossed the line between high and low culture but also reached new audiences.