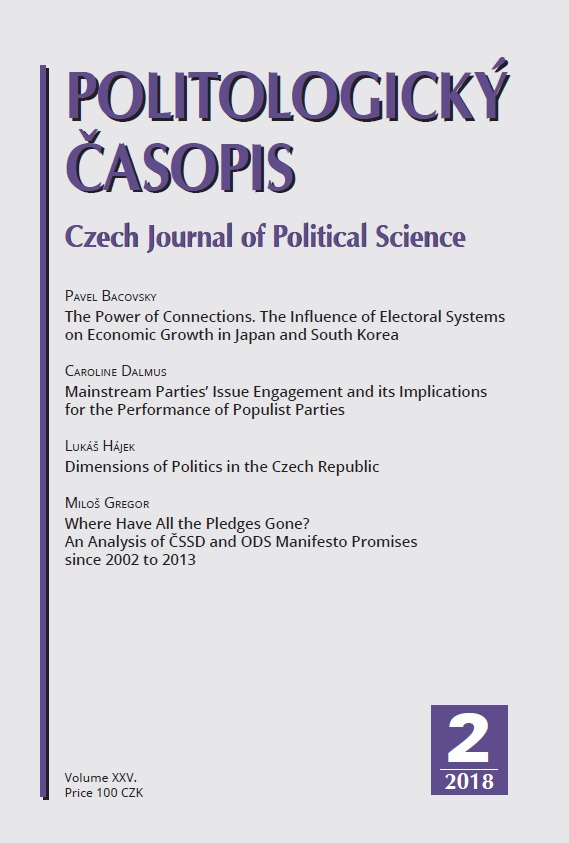 Summary/Abstract: In addition to other factors, the success of populist parties seems to be influenced by the strategic behavior of their competing opponents. Yet, it has not been clearly determined which form of behavior leads to populist success or failure. In order to gain insight into the effectiveness of strategic engagement with populist issues the present study compares an election campaign resulting in populist success with an election campaign resulting in populist failure. For this purpose, the elections in Great Britain in 2010 (low populist vote result) and 2015 (high populist vote result) were chosen. A content analysis of party statements in press releases (N = 734) and newspaper articles (N = 379) covering eight weeks prior to each Election Day was undertaken. The results suggest that the lack of engagement with a salient issue seems to open up opportunities for a populist party. Additionally, divergence and therefore the presence of conflict turns out to have a positive influence on populist success.