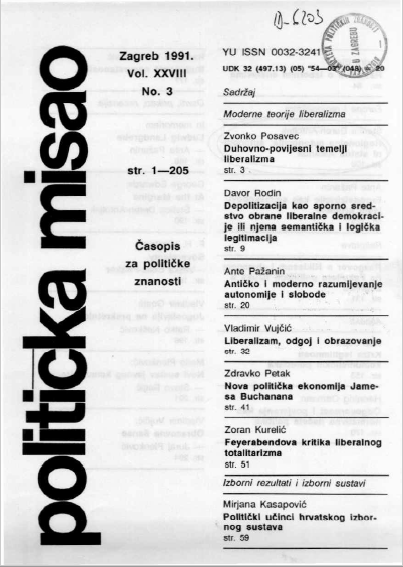 Summary/Abstract: The new political economy, i.e. the theory of public choice advocated by James Buchanan and the Virginia school, is a contribution to the linking of the political and economic sciences. This is an approach to the process of politics that emerged in the beginning of the 1960s and is an application of economic analysis upon political decision making.