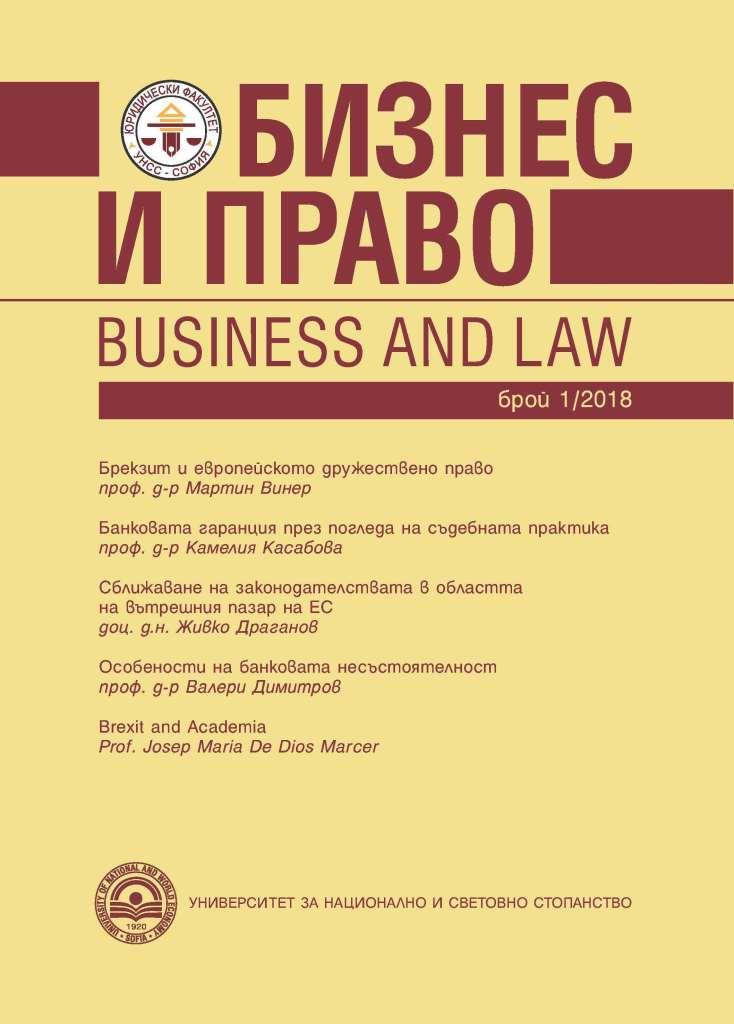 Summary/Abstract: The article “BREXIT and the European Company Law” investigates the impact of the UK exit from the EU (so-called Brexit) on European company law. At the beginning, it provides a brief overview of BREXIT’s impact, delineating fields of foreseeable problems (II). After Brexit, EU law will not apply in the UK, as in any third country with respect to EU member states; the competence of European Court will end as well. The future relations with the EU will presumably be governed by multilateral instruments, such as WTO, GATT and CETA, and probably by bilateral agreements between different member-states and the UK. However, as EU company law is mainly regulated in EU Directives, which have been implemented in the UK, Brexit should not have an immediate major influence. However, we could expect some problems to arise for the so-called European Companies (societates europeae: SE) registered in the UK under the Regulation 2157/2001, which number more than 40. They will lose their legal foundation on Brexit unless the UK takes remedial action. The main problem arises for so-called “pseudo-foreign companies” domiciled in the UK (III). The ECJ’s decisions in a line of cases started by “Centros“ and based on the Freedom of Establishment has held that member states must allow a company to officially register its seat in one country, while its real seat is in another member state. Some hundreds of thousands of companies are functioning on basis of such registrations. Since with Brexit Freedom of Establishment will no longer apply for companies registered in the UK, member-states like Germany and Austria – generally following the so-called “real seat approach“ – are likely to treat such entities not as companies any longer; shareholders will then lose the privilege of limited liability. The article continues by looking at more general changes to the framework for European company law after Brexit (IV). The author argues that Brexit by itself will not materially affect the direction of future legislative activity of the EU; however, the reasons for the Brexit vote in 2017, especially disenchantment with the European project, are not restricted to the UK. As far as the substance of regulation is concerned, Brexit presumably will have consequences. Without any doubt, the UK tradition was a major influence on European legislative acts in the recent past. First, the typical trust of the UK in the effectiveness of market mechanisms lies behind many recent European corporate law projects. Second, the EU corporate regime has readily included self-regulation, a strong component of UK company law. Such influence is likely to vanish to a large extent. However, this will not make the decision making in the EU for corporate law matters easier: In the new Europe of 27 countries enough hurdles for any attempts to company law unification will survive.